The 'behind the scenes' VR experience is produced for Sibling/Westfield. 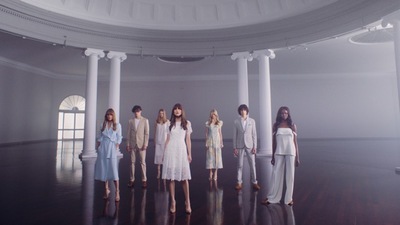 The new spots take the viewer on a 360-degree VR behind the scenes experience of the fashion world.

Part of an instore campaign directed by Lincoln Caplice, the VR experience puts the viewer inside the original shoot.

Filmed on location at Sydney's Byron Kennedy Hall, the epic surroundings add ambience to the 360 experience, as Alt chief technologist Raymond Leung testifies: "The behind the scenes shoot is designed to be viewed in any VR headset such as Samsung Gear, as well as viewed online as a 360 video. Once immersed in that world, you get to feel the drama of the Byron Kennedy Hall's architecture, as well as feel the excitement and buzz of a fashion shoot."

The Collider team used a multi-camera system to capture the footage onsite. Alt.vfx then seamlessly ran this project through the company's 360 VR pipeline that has been developed over the past year, utilizing a range of technologies, including The Foundry's CARA VR, to achieve a fully immersive experience for all lovers of fashion and technology. As part of that pipeline, Alt were able to provide reviews throughout the process, including rough stitch, sign off and final grade and online, allowing the client to choose how they wanted the campaign to finally appear.

Says Estephan: "Once we got the original footage selections, we were able to turn this immersive experience around in a very quick time, which really goes to show how easily these kind of VR add-ons or standalone 360 videos can become part of any campaign."