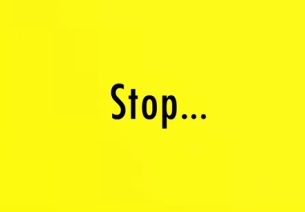 RESCUE Remedy's first ever TV advert will break today to drive awareness of their product range, conceptualised and produced in-house by Alpha Century, with media planning and buying by the7stars. The 20 and 30 second television spots voiced by acclaimed television actress and fan Emelia Fox debuts on Monday, 6th April 2015 during Location, Location, Location on More4.

The ad captures the essence of calm and tranquillity through the "30 seconds of silent brand yellow” and showcases the simplicity and ubiquity of a moment of calm by creating a break within the ad break. Featuring RESCUE®’s hero products, RESCUE Remedy Dropper and RESCUE Pastilles, the quietly disruptive TV campaign targets the brand’s key audience of ABC1 women of all ages who recognise the demands of juggling their busy life.

Barnaby Girling, Co-Founder of Alpha Century, speaking of the creative concept said: “Given that the product is all about taking a moment out to re-focus on a busy day we wanted the TV spots to do the same. We thought a moment of silence could be incredibly powerful, so the obvious and arguably the only way for RESCUE Remedy to launch into the mayhem of an ad break, was to do nothing at all. In taking this brave approach, the brand has set out its stall as supportive and confident, but with a curiously disruptive edge to relieve the noise of modern life.

Cis Nijenhuis, Senior Brand Manager for RESCUE Remedy, said: “Alpha Century’s creative concept is both compelling and disruptive; creating a standout moment for our brand in what is undoubtedly a tension-fuelled television environment.  The TV ad gives the viewer the chance to ‘stop and take a moment with RESCUE’.  The builds on our strategy of raising the profile of RESCUE Remedy as an everyday product and bringing on new consumers.