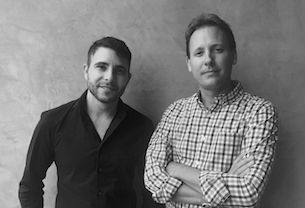 Visual studio Alma Mater has added Executive Producer Ben Apley and Director Ronnie Koff to its team. Koff joins a roster that includes Creative Director/Director Brian Mah, who co-founded the company with VFX Supervisor James Anderson in 2012. He has already completed a CG-driven commercial campaign for GSD&M and the main title sequence for the upcoming movie from Columbia Pictures, “Rough Night.”

The appointments mark a reunion for Apley, Mah, Anderson and Koff, who initially met and worked with each other at Imaginary Forces.

“All of us deeply value craftsmanship, work ethic, and high-level creative problem-solving, which I saw in the collaborative dynamic we had together leading creative companies in the past,” remarks Mah. “Of course, it all begins with having the right talent with the right perspective. For us, bringing Ronnie on isn’t simply about adding to our roster. His sensibilities as both a director and designer, coupled with his acute attention to detail, align seamlessly with Alma Mater.”

“Ben is a great fit in that respect, too, because he truly understands the creative process and how to properly protect and articulate it to our partners,” adds Anderson. “We know that every project will be thoroughly supported under his guidance, and we're excited about the new opportunities and relationships that he can bring to Alma Mater.”

Whether it’s live-action, design, motion graphics or VFX, Alma Mater’s work is grounded in a strong sense of design. Expertly pivoting between the entertainment and advertising industries, the company prides itself on expressing creative and eye-catching narratives, regardless of the medium.

Applying his love of design, typography and visual storytelling, Koff began his career at Imaginary Forces in 2004. Working with clients such as IBM, Yoplait, Oral-B and Tropicana, he developed a sharp eye for animation and design over the years. In 2014, he launched boutique creative studio Shuttlecraft, working with such brands as Olay, Kraft, and Hershey’s.

“Joining Alma Mater means that I get to continue creating premium work and my own brand of storytelling, but with the support of a focused A-level team,” concludes Koff. “And I know that our overlapping experience fosters an energetic and exciting creative studio.”