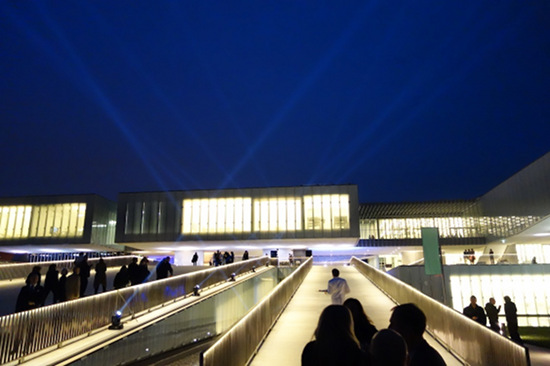 AllofUs has created a series of videos and installations to mark the launch of the MAST Foundation, a new institute established by owner of innovation-based industrial solutions group Coesia, Isabella Seràgnoli, in Bologna, Italy.

The MAST Foundation was established on the initiative of Seràgnoli to promote projects of social innovation.

The agency has been tasked with designing and building three interactive exhibits for the Industrial Focus Area which is part of the MAST Foundation’s new cultural centre. The centre will open fully next year, exploring the innovations in electro-mechanical engineering and motion.

As a teaser campaign, AllofUs has created two videos to be displayed at the centre from October, which give a glimpse into what the centre will have to offer over the next year when the main interactive exhibits will become open to the public.

AllofUs's work for the centre focuses on innovation within Coesia's companies, such as the manufacture of precision gears, automated packaging, wrapping machinery and flexible packaging solutions.

The centre opens on 4 October and is set on the outskirts of Bologna, Italy, run by the MAST Foundation, with a full launch to the public planned for early 2014.