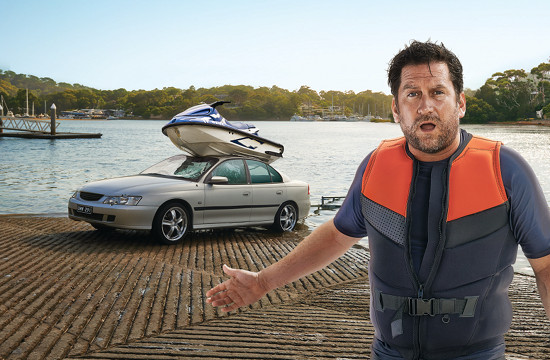 A new campaign launching this week sees Allianz positioning itself as the insurer Australians should choose ‘because life’s full of Ahhh moments’.

The subtle, yet powerful, creative evolution from MercerBell, will enable Allianz to take it’s popular ‘Ahhh-moments’ mnemonic – which has been in market for two years – and deploy it across all channels to extend the reach of the brand.

Designed to keep the Allianz brand name top of mind with consumers, the highly successful Ahhh-moments TV campaign first aired in January 2012. And Dominic Brandon, Group Manager Marketing and Brand for Allianz, says the impact was instant. “Almost immediately we saw quotes and sales increase and in the two years since then, our brand recognition has doubled,” he says.

“This next phase of the campaign allows us to move beyond our traditional channels of TV and radio where the audio link with our brand name has worked so well, and bring Ahhh moments to life in other media channels.”

The new-look campaign kicked off with a TVC on Sunday night with radio, digital and outdoor support. New YouTube pre-rolls will air shortly putting a more Australian spin on the ‘life’s full of Ahhh moments’ positioning. Sports sponsorships are in place with FOXTEL for footy season with ‘Ahhh moments of the round, brought to you by Allianz’ – dropped catches, near misses and bloopers from different footy codes. Sponsored radio segments with The Grill Team and social media ideas are also in the pipeline.

MercerBell Executive Creative Director David Bell says the success of the campaign to date proves that it’s resonating with Australians. “The concept is all about the feeling you get when things go wrong, when you just want someone else to sort it out for you,” he says. “It’s based on real people, in real situations. Life really is full of Ahhh moments and people like to know someone is there for them when they happen.”