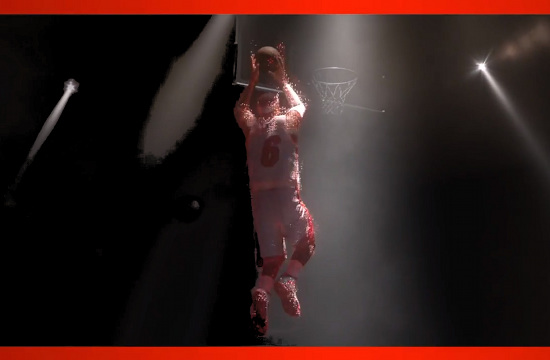 Legendary director Allen Hughes steps onto the court with LeBron James to unveil the world of next-gen NBA 2K14. In the spot, titled “Reign,” the Believe Media director blends a barely distinguishable mix of live-action and gaming footage. It’s only when red pixels wash over LeBron do we realize he has transitioned into the virtual version with the game’s most realistic graphics yet.

Tracked to KRS-One’s “Step Into A World,” the song builds into from the disco-tinged Blondie sample into a high-energy rap verse just as the spot segways into 5 seconds of 2K14 gameplay with some of the NBA’s biggest stars. With its cinematic one-on-one intro with King James, Hughes’ promo for agency Zambezi brings the Heat to introducing gamers to the realest basketball simulation in history.