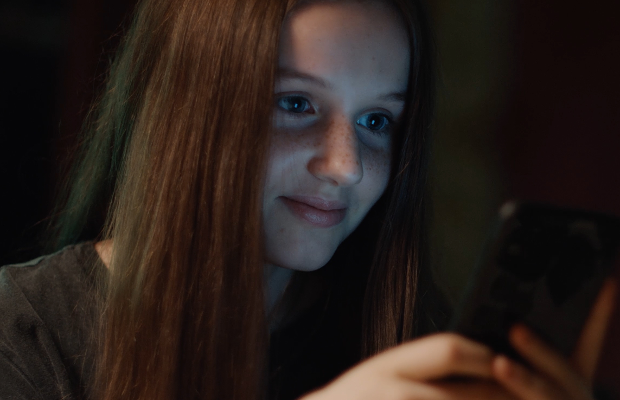 A good Christmas story should be about human relationships. Since A Christmas Carol, great stories revolving around the holiday season are about discovering what really matters. When creating 'Album', a video in the new creative line called Find what’s the most important now, human relationships were the main focus for the creative people since the very beginning.

Allegro is the most famous and the biggest Polish e-commerce retailer. Allegro also has a great track of Christmas Ads. You probably recall English for beginners and Polish grandpa flying to the United Kingdom for holidays? Year after year, Allegro Christmas Ads are anticipated by millions in Poland. But there’s a flip side of the coin – the level of expectation is set rather high and every shoot is rather deep.

The above were the biggest challenges. The whole campaign had to not just connect equity aspects with more commercial sides. “We wanted to include in this video a general insight into what is important nowadays but is not obvious and the easiest way. This video had to have an unexpected twist and be touching at the same time” said Adam Szałamacha, Allegro’s brand manager. That was the brief.

The video was a next episode in the new creative platform – Find what’s the most important now. The answer for the brief was deeply embedded in the Polish culture: the most important thing during Christmas is family. “Probably all of us have some different kind of ‘perfect family’ picture in our heads, but from creative perspective in family we can find a lot of tensions” said Maciej Twardowski, executive creative director from Ogilvy Poland.

Generational gap. It can be found in every family. Looking at it from a distance changes its perspective. “At first glance, we are focused on this one particular family, relations in it, the characters and their life. The deeper in creative process we went, the more we saw. We wanted to tell something much more universal” said Artur Bolesławski, copywriter, Ogilvy.

Album is a story about multigenerational family, current problems, the past and Christmas. But most of all about the relations. When grandma comes for Christmas she tries to enter into her granddaughter’s world, but the teenager is not interested.

In the last few years, the world of Gen Z and any other generation were drifting away from each other. This year’s 'ok, boomer' statement became a symbol. It’s not a gap anymore. These are totally different worlds. “We knew, that if we want to build bridges, we would have to be gentle in what, how and to whom we say. We knew, that we have no intention of patronising anybody or imposing anything on them. If we deliver a truly meaningful video, we will succeed.” Artur adds.

“We liked this story mostly because of its 'unexpectedness' and the bridge which was discovered between the main characters. Thanks to the titled 'Album', with outdated medium like photo albums, they can reinforce the relationship and find what’s most important for both of them” said Adam. “Allegro helps them in the most natural way. We show the brand in the light of archetype caregiver, which was crucial for us” he adds.

Presents started to not only be the way of rewarding somebody for Christmas, but they help to reunite in the long run, not only for a few days. “Development of new technology tends to support the generational gap. The truth is, is that we have more connections with members of our families than we think. One just needs to stop for a bit to see that. This campaign and the video are about what’s most important during Christmas in every family, about being together. Technology becomes an instrument that helps to achieve that” Maciej adds.