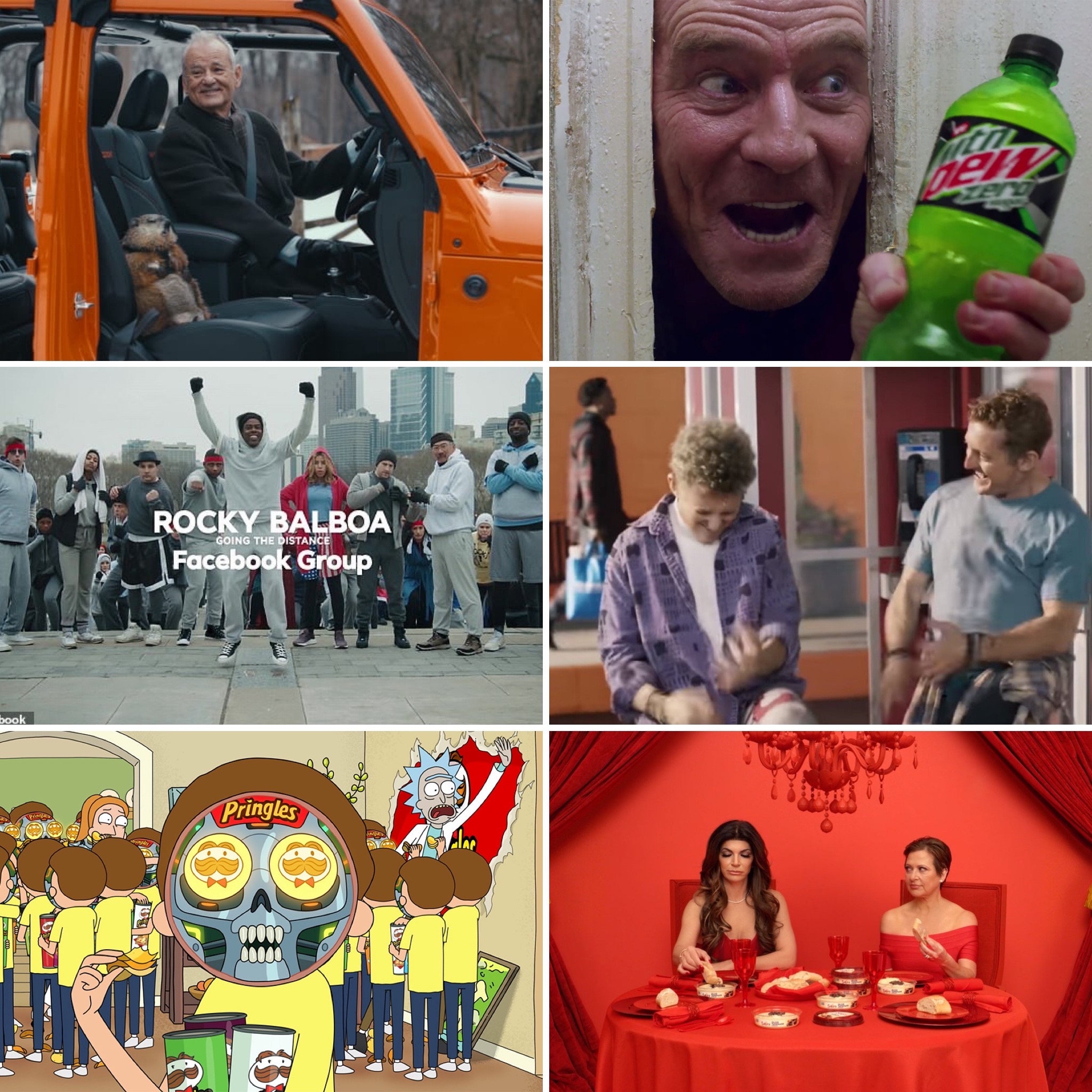 Last year I wrote about three Super Bowl campaigns which made use of well-known characters and entertainment IP.

We spotted Bud Light partnering with HBO’s Game of Thrones. Mercedes licensed Lassie, Looney Tunes and Free Willy. And Stella Arois brought together the unlikely combination of Sex and the City’s Carrie Bradshaw and The Big Lebowski’s The Dude.

Super Bowl 2020 has taken things to an entirely new level. We’ve spotted 10 big game campaigns that in some way licensed characters or entertainment IP. Here they are:

This amazing ensemble brings together a number ‘out of this world’ entertainment brands such as Toy Story, Star Wars, Bill & Ted and Men in Black.

Keen an eye out for Chris Rock and Sylvester Stallone paying homage to the iconic Rocky franchise.

17 years after Groundhog Day Bill Murray finds himself stuck in the same dreaded routine, but this time with a twist.

In probably the most moving Super Bowl spot for this year, Google leverage the classic film Casablanca in this tear jerker.

Mountain Dew ‘Zero Sugar, A Good as the Original’

Bryan Cranston takes the place of The Shining’s Jack Torrance in this hilarious take on the horror film.

Rick and Morty find themselves trapped in a Pringles commercial.

Maisie Williams sings Frozen’s ‘Let it Go’ to help escape the past and embrace the future.

The ‘no’ spot features Austin Powers, Clueless and Friends.

It’s great to see characters and entertainment IP playing at the level of celebrities, sports stars and musicians.

Born Licensing were excited to play a part in the first two campaigns I mentioned for Walmart and Facebook.