All I Want for Christmas Is Views 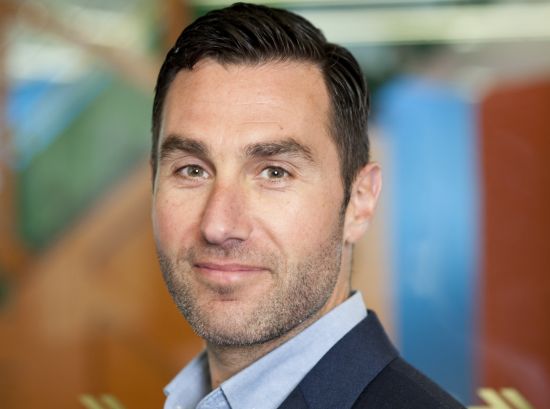 When you close your eyes and think of Christmas, what do you see? A warm fire illuminating a room of family and friends? Presents nestled under a tree? Bruce Willis dishing out some Christmas justice on the telly?

From mince pies to Die Hard, the festive season takes different forms for different people. While Christmas experiences remain unique for each person and family, technology is playing an increasingly pivotal role in the seasonal uplift of the festive spirit. In particular, through online video and YouTube.

During November and December last year, there were more than 683 million views on UK specific Christmas content, and 21.6 million active engagements on Christmas tagged content. That’s an awful lot of festive spirit by any measure.

For brands, broadcasters, creators and publishers and on YouTube, ‘tis the season for high engagement. Western Europeans – and particularly Brits – love adverts at Christmas more than any other time of the year, showing a huge 147% increase in affinity for advertising content over the festive season.

This presents a unique opportunity for brands to make effective - as well as emotional - storytelling. To achieve this, it’s key to understand the biggest cultural and content trends of the season - and how YouTube is playing a central role in driving and developing them.

In the UK, for brands and viewers alike, Christmas is the equivalent of the USA’s Super Bowl - only much longer. Get the creative and placement right in a campaign and brands can enjoy talkability akin to a Game Of Thrones season finale, with Christmas-centric brand content outperforming regular festive content by 526%.

Put simply, Christmas is a period when audiences actively welcome advertising as a part of popular culture - with the participatory nature and immediacy of online video at its heart.

It’s not just traditional brands with Christmas blockbusters like John Lewis and Sainsbury’s that are gaining share of mind during Christmas on YouTube. New players are also upping their game. One example is Very, who’s animated story of a schoolgirl‘s quest to find Father Christmas, saw a 281% increase in views per video for the online retailer.

#2 It’s shaping what goes under the tree

'Unboxing' is perhaps the ultimate why-didn’t-I-think-of-that million-dollar idea, an online phenomena where everything from toys to makeup to tech are unpacked on camera.

There were 228 million unboxing videos uploaded to YouTube in November and December last year, many from superstar creators such as Ali-A. In the run up to Christmas, the vlogger shared unboxing videos of the latest gaming releases and hardware, with videos such as a big reveal of the Xbox One X, Scorpio Edition, racking up over 2.6 million views.

With YouTube searches for 'Christmas gift ideas' also seeing a 142% year-on-year growth and 98 million gifting videos published in 2017, it’s clear such content has the power to influence what goes under the tree and how money is spent in the January sales. This is backed up by the statistics with 86% of Christmas shoppers, in an Ipsos study, saying they were influenced by digital advertising last year.

#3 It’s putting some festive sparkle into our wardrobe

YouTube offers a new route for those seeking festive fashion inspiration, providing bespoke access to channels and communities people can relate to. Engagement on style and fashion content on YouTube increases by 141% as the party season gears up, while searches for 'makeover' during the same period is growing by an enormous 1,000% a year.

#4 It’s providing more of the Christmas entertainment we love, (exactly when and how we want it)

The only time Mariah Carey’s YouTube channel doesn’t do well is at Christmas - at Christmas, it does very, very, very well indeed. Her official channel enjoys 350% more visits than at any other time of year, an uptick of 100 million views globally.

Mariah’s not the only entertainer whose numbers rocket at Christmas. Audience engagement increases in nearly every genre, from music (+44% in the UK) to kids entertainment (+57% in the UK).

Online video has become a handy ally for those getting crafty - but it's at Christmas that online DIY truly unfurls. From origami cards to knitted Christmas tree decorations, plastic-bottle door wreaths to melt-in-the-mouth mince pies, the Christmas 'how-to' has become one of the most popular genres on the platform.

This digital 'how-to' revolution – and the desire to make Christmas perhaps a little posher – has not escaped the attention of some of the UK’s savviest brands, either. Tesco, for instance, whose Everyone’s Welcome campaign last year attempted to help take the stress out of Christmas cooking with a series of simple cookery videos on how to master various Yuletide staples. Using insight from the Google ecosystem to understand audience intent, they were able to shape their creative accordingly.

The result? Eighteen months-worth of content watched in a single week; and for every £1 the supermarket spent on YouTube, it got £2 back.

#6 It’s the trusty sidekick to the decision maker dad

Gone are the days when a father’s only jobs at Christmas was to carve the turkey and polish off the port. Domestic roles are changing; and YouTube, for its part, is helping to portray men in the modern era.

Not least at Christmas, when a festive flurry of dad vloggers are inspiring millennial men to roll up their sleeves and get stuck in, from cooking the dinner to doing their own Christmas shopping. Take for example Guardian columnist, author and dad vlogger Stuart Heritage or millennial Jamie Spafford, co-founder of 2-million-subscriber-strong SORTEDfood.

In short, Britain is turning to online video, to watch, discover, and make the magic of Christmas. It’s hands-on, it’s yet another example of viewers becoming doers, and it’s proving to be the most wonderful time of the year for advertisers and brands.

It is also the season when a log burning on a fire can command 4,032,090 views. Watching it crackle and spit in glorious HD. For 10 hours.

Matt Bush is director of agencies at Google UK