All Change in Australia’s Dynamic Production and Post Industries

With agencies snapping up more of the production pie, what does the future hold? 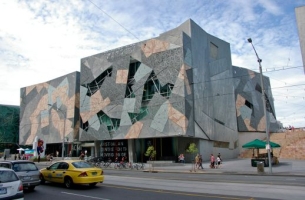 There’s a real energy pulsing through Australia’s post and production scene – part excited energy, part nervous energy. The volume of work is high and new opportunities in areas like VR and experiential are providing avenues for growth – but with agencies snapping up more of the production pie and uncertainty about what the future will even look like, jitters are understandable.

On the plus side, thanks to technology and more diverse requirements, post houses and production companies are opening new departments. Just last week Airbag announced a new VR wing, the latest in a string of companies to do so.

“Heckler has had its biggest start to a year in terms of volume of work and the most exciting in terms of diversity of projects,” says Will Alexander of post house Heckler. “From major brand campaigns to live holographic experiential events, the scope is diverse and it’s an exciting time for our business.”

That diversification is both a positive and a negative. On the one hand it means more opportunity, but, reckons Nick SImkins at Jungle, it will see a few all-rounders pull out in front taking more work from everywhere else. The past 12 months have been the busiest ever at his production company.

“More is expected in terms of what solutions a production company can offer, whether it be in-house comedy writers and expertise in long form, like Jungle has, or tech or VR or installations. Production companies are looking to diversify and offer more to the industry than simply being able to produce scripts that arrive in our inbox,” he says. “I think you’re starting to see a great proportion of work going to a smaller pool of in-demand directors and production companies.”

This blend of diversifying opportunities and consolidation is also playing out in post, says Colin Renshaw of Brisbane and Sydney-based Alt.vfx. “The market is in a consolidation phase. Companies are rationalising, merging or disappearing. So yes, it is competitive but we have always tried to promote a bipartisan VFX community in Australia. I think that is a more effective way of working.”

For Colin though, it’s an exciting time – although there is the tricky matter of figuring out which new trend or fad will be worth pursuing and which will fizzle out. “It seems like everyone is hedging their bets when it comes to execution. TV, cinema, online, experiential including the many permeations of VR. The latest trend is to start a tech innovation company. Basically it’s a licence to say, “you know all that stuff you read about in Wired? We can do it. Bring your cheque book.” Truth is we are all making it up as we go along. It’s exciting to be a part of!”

Another challenge is – as it is in most other markets – the ongoing squeeze on production budgets. Online longer form content, in particular, often comes with a mismatch between the ambitions of the script and budget and time.

Nervy clients and stingy cost consultants have forced production companies to become ever leaner and more nimble, says Jo de Fina. “Everyone is being crunched from every angle; client spend is spread across more platforms than ever before, agencies are dealing with a more fear-based relationship than creative trust and production companies are the last in the food chain. We end up with smaller budgets to work with, to produce the same quality work with higher expectations,” she says.

“We have become more creative in our approach and newer technologies have allowed production companies to be more nimble,” she continues, revealing that uncertain clients who leave it until the last possible minute to sign off on projects puts extra pressures on timescales.

Another phenomenon putting the squeeze on is that of agencies setting up in-house production and post production facilities. It’s not a new phenomenon but the talent and flexibility offered by independent production partners still gives them the edge.

“With the democratisation of technology, more people are willing to ‘have a crack’ at this post business and that’s fine,” ponders Colin at Alt.vfx. “The one thing they all realise is that eventually you only get good work when you employ great people and I don’t know many great artists who are content with sitting in the basement of some agency moving supers left or right. A smarter option, if agency networks are looking for in house convenience, is to partner with people who do it best.”

Similarly, on the production side of things, Jo has seen agency producers and directors start to appreciate their value.

“I saw a lot of directors go freelance working directly with agencies, yet in the two to three years since this became a 'thing', a lot of those directors have signed back with production companies. They realise the value in solid and experienced production support from well-respected and experienced teams. There will always be a place for an experienced production company, so I never bought into the fear that they were becoming obsolete. A good head of TV at an agency identifies the need for this structure, experience and support and service.”

One thing that hasn’t changed is the quality of production and VFX talent Australia produces.

Photoplay’s Oliver Lawrance is full of praise for Australian crews and craftsman. “Australia and NZ are pretty amazing places to produce commercial films and content. I’m very proud of what our industry can do. The crews and technical side is awesome. We have so many great directors, DOPs, production designers – in fact per capita I think our DOPs pick up the most at the Academy Awards.,” he says. “Obviously the locations are spectacular, but we also have top post production and tech development. I’m happy when I see overseas productions and post come here, whether its through Photoplay or another company – I don’t mind.”

Nick at Jungle agrees. “Our talent direction and global sensibility are a real asset in my opinion. Most Australian directors have lived and worked overseas at some point and can relate to other cultures easily. We also have access to really top end crew, which helps our directors know how to best solve problems in the most professional way.”