All Blacks And All Blacks Sevens Go All Colour for Jockey 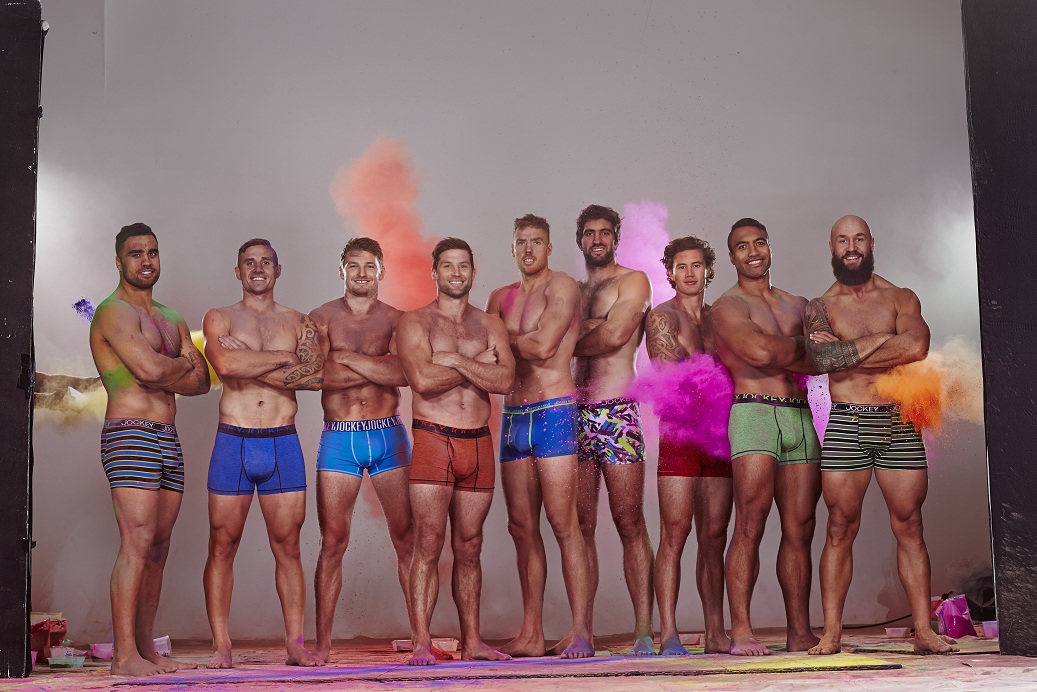 Jockey has All Blacks and All Blacks Sevens players set to once again turn heads around New Zealand with the launch of the new winter All Colour campaign via Host, Sydney and Parlour Creative.

For the second year in a row, the boys will take pride of place in a nationwide campaign in only their Jockeys to showcase the new season range.

“It’s great to have the boys back again this year. They bring so much energy and enthusiasm on shoot day and are always up for a bit of a laugh," says NZ marketing manager Will Radford.

"This time round we asked them to get a lot more adventurous on set, so the boys spent part of the day jumping in front of the camera which allowed us to get some really great action shots,” Radford added.

The campaign supports the launch of the new Microfibre range of brightly coloured briefs. With a bold new design and fresh approach to colour, the latest range takes a more fashion-forward approach to men’s underwear.

“We really wanted to highlight the vibrancy of our latest collection, so we had fun with around 20 kilograms of coloured dust that we threw all around the players. The effect was outstanding, the guys looked as though they were exploding from coloured clouds of smoke.” Radford said.

The new range is now available from February at Farmers Rebel Sports and other independent retailers nationwide.

Jockey is the official off-field sponsor of the All Blacks and All Blacks Sevens.

The marketing for this campaign will include ad shells, in mall and digital advertising, as well as point of sale. It will also be supported by a public relations activity at launch.