Singer was most recently General Manager of Travel Channel 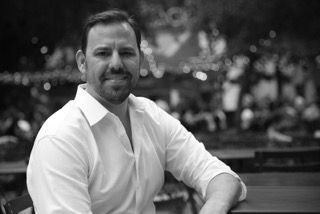 Creative content company Alkemy X is pleased to welcome Andy Singer as EVP of Television and Digital Programming. Singer is a seasoned media executive who has developed and implemented multi-platform strategies for cable networks, international brands and advertisers, and has managed creative teams and high-profile network stars. Based out of the New York office, he will work closely with Alkemy X President & CEO Justin B. Wineburgh to continue extending the company’s reach within original TV and digital content.

“Andy is intelligent, creative and passionate, and we are extremely excited to have him join Alkemy X," says Wineburgh. “We recently made some positive changes to company, which is in a stage of significant growth, and are confident that Andy’s impressive background and network experience makes him uniquely qualified as we continue the expansion of our Television and Digital Programming Division.”

As the digital landscape continues to shift audience viewing habits - whether it’s content or commercials, Singer believes Alkemy X's potential lies in the fact that it has built a successful reputation working with notable on-air talent and producing original series, including Food Network’s “Restaurant Impossible” with Robert Irvine, “Food Feuds” with Michael Symon, and Velocity’s “Unique Rides” with Will Castro. The company is currently repped by APA Agency.

“My background working with celebrities, identifying fresh on-air talent, and developing successful programming will be an asset to the company’s growth,” says Singer, who has worked with such personalities as Snoop Dogg, Kate Upton, Dolly Parton, Jay Leno, and Bret Michaels. “Plus, leveraging my experience as a senior network strategist and creative executive allows us to tackle high-level content from both ends with sophisticated advertising strategies and program development.”

Singer brings a successful track record of content and strategic partnership experience to his new role at Alkemy X. Most recently, he was the General Manager of Travel Channel, where he was responsible for all programming decisions including strategy, content development, and production, as well as launching such series as “Expedition Unknown,” “Hotel Impossible,” and “Bizarre Foods America.” During his time as GM, he helped create record revenue growth for the network, focusing on creative, cross-platform partnerships with advertisers, including American Express, Amazon.com, NFL, Hearst Magazines, NBC’s “Today Show,” MLB, DirecTV, and Land Rover.

Singer, who began his television career when he was only 16 years old, has had his work appear on A&E, VH1, Twentieth Century Fox, Fox News Channel, and MSNBC, receiving accolades throughout his career, including Cine Golden/Silver Eagle, New York Festival and EMA awards. He has also been named to Multichannel News’ “40 Under 40.” Other career highlights include serving as General Manager and Head of Programming at DIY Network, where he oversaw a wildly successful rebrand and launched several hit series, including “The Vanilla Ice Project,” “Rehab Addict,” and the “Crashers” franchise. He was also Vice President of Original Programming for HGTV and oversaw some of the network’s highest-rated series.

“I’m a big ideas guy, and I want to make sure clients are realizing and utilizing the full extent of Alkemy X's capabilities,” concludes Singer.