More than 60 original works were featured, with more than 5 million LEGO bricks making up the exhibition 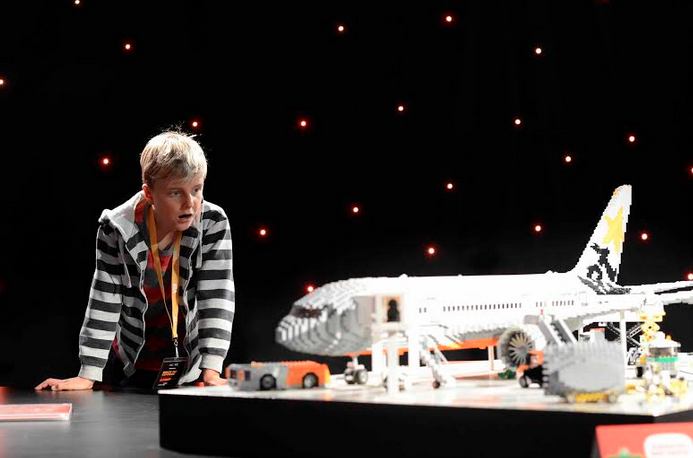 Alive Events Agency is celebrating the huge success of its sell out Brick Man Experience tour in Sydney over the winter school holidays.

“We’re absolutely thrilled to have delivered a sell-out tour with the ‘Brick Man Experience.’ Following our successful Melbourne tour in March this year, we made the decision to bring this impressive LEGO exhibition to Sydney – and I’m delighted to say it was the right decision! ‘Brick Man Experience’ is now officially the largest LEGO model exhibition in Australia.

“We began collaborating with the Brick Man, Ryan McNaught, a year ago, to bring together our unique and interactive vision for a LEGO exhibition. After months of planning and designing, we brought the ‘Brick Man Experience’ to an Australian audience and the results show that they love it!”

Hampel continues, “We built upon the strategy used in Melbourne by adding in an advertising campaign. We set ourselves a target of selling 25,000 tickets in Sydney and we smashed this by hitting 33,000. LEGO connects with people of all ages and it’s clear from our tours in Melbourne and Sydney that there’s a real appetite for this kind of exhibition here in Australia. We’re currently exploring the idea of touring the exhibition Australia wide, as well as Asia, China and potentially the United States.”

Ryan McNaught, one of only 12 LEGO Certified Professionals in the world and the only one in the Southern Hemisphere, has been building large scale LEGO models for seven years and wanted to share a collection of his best works.

“It’s clear to see how much Sydney loves LEGO – the sell-out response has been overwhelming. I’ve been making LEGO models for seven years and I had this idea to showcase my best works in one place for people to enjoy.
Partnering with Alive Events Agency, we worked together to develop the concept further and the results have been great. We’re discussing bringing the ‘Brick Man Experience’ to a new city during the next school holidays so watch this space!”

Alive partnered with various suppliers throughout the event, including Clear Systems and Livebrands and also engaged Flourish PR to deliver the successful PR strategy. M Advertising developed a strategic advertising campaign while Sprout Systems assisted in leveraging partnerships with AAMI.