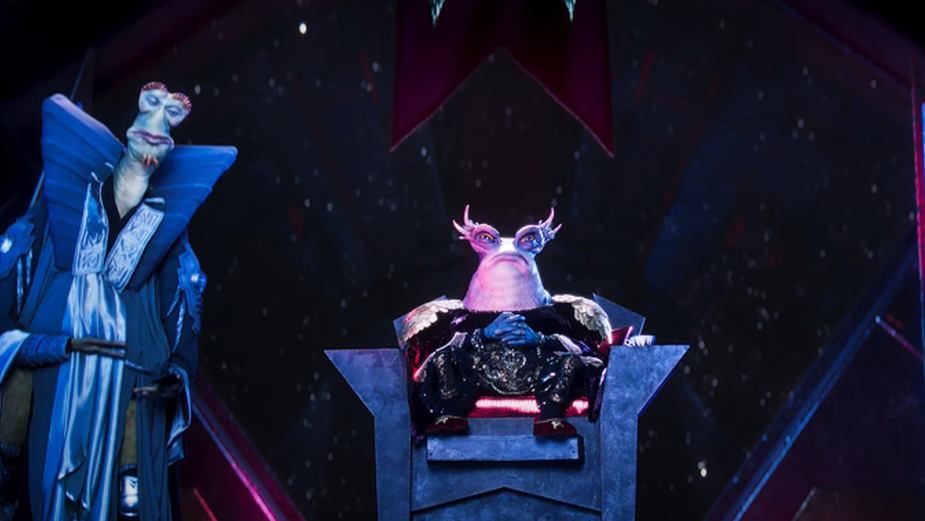 With its first broadcast during The Great British Bake Off on Tuesday 26th October, Freeview’s flagship TVC introduces two hilarious, loveable Alien characters to our screens. The Queen is on the brink of invading Earth when her trusty, long-suffering assistant, Colin, interrupts, having picked up some Freeview channels on the spaceship TV. The duo curiously tries to decipher the premise of a variety of ‘human’ shows, becoming increasingly enthralled by the delights of Earth TV, and eventually abandoning the enslavement in favour of cracking open the Good Biscuits and settling in for an episode or two.

The ad concept was created by Anomaly and brought to life by the puppeteering masters at Blinkink Productions. Their process was manifold, taking the Queen and Colin through the stages of clay maquettes, hand puppets, 3D digital sculpts, and finally to remote-controlled animatronic faces with fabricated bodies and tailor-made costumes.

After introducing Colin and The Queen in the 60-second launch ad, the campaign will then be adapted to hero the biggest shows of the moment, as part of a reactive series of 30-second cuts which will also feature content from the likes of Prime and NOW. Viewers can therefore expect to see them regularly popping up in owned and digital channels as well as partner retail environments.

Jonny Sabbagh and Will Harper, directors at Blinkink, said: “We worked with the best talent in the industry to guarantee our aliens feel like they leapt out of a Hollywood blockbuster, with the whole ad framed by the quintessential British humour that perfectly reflects Freeview’s spirit. I think most of us grew up making monsters and playing with spaceships, so this has been a dream job.”

Joe Corcoran, executive creative director, Anomaly said: “Freeview is brilliant really isn’t it. The best shows in the world, whenever you like. There’s loads to see (channel 33, that’s all I’m saying), and it’s all just given away, for free. If Aliens arrived tomorrow, they’d pity us for this stupidity, but then enjoy it anyway. And that’s exactly what our aliens, brought to life by the brilliant Johnny and Will and Blink Productions, do.”

Neema Shah, head of marketing at Freeview, said: “Packed with some of the best TV ever made, all available to watch for free - it’s no wonder these aliens can’t get enough. It’s been a pleasure to watch this ad come to life; not only does it give us some much-needed comic relief, but we think it really captures the strength of our live and on-demand shows, alongside the accessibility of the platform, which work together to make the service out of this world.”

The campaign launches as Freeview Play hits an extraordinary milestone of 10 million users. The continued growth of the on-demand platform’s consumers is testament to its offering and the strength of its content, amid the increasing global competition for viewers.

The campaign will also run on BVOD (ITV Hub and All 4) to reach a younger audience. This will be supported by VOD advertising on platforms including YouTube and Facebook.

Through its social media channels, Freeview will adopt a long-term strategy to build out the characters and incorporate them into regularly updated content for its followers. This comprehensive 360° approach will give the ATL campaign multiple consumer touchpoints across owned, digital, television and retail environments. 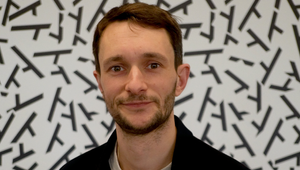 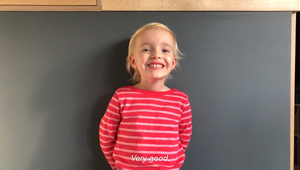