The new promo is directed by RadicalMedia's Peter Darley Miller 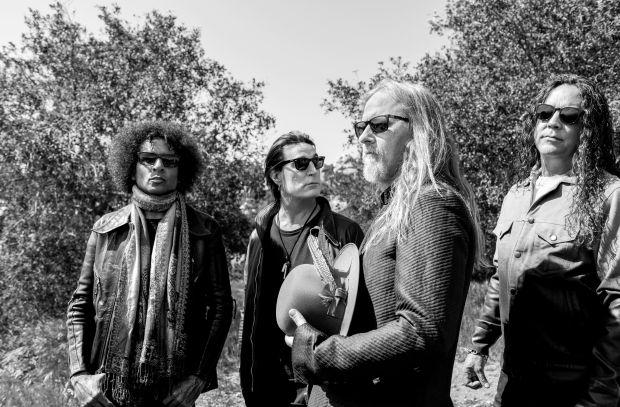 Glorious. Heartfelt. Ridiculous. Hilarity is on tap in the new Alice in Chains video for 'Rainier Fog,' directed by Peter Darley Miller.

Peter Darley Miller expertly combines the sentimental and the supremely silly in his latest promo. The video follows the band as they explore a dramatic friendship with an anthropomorphic beer bottle, the result of which is a glorious, off-the-wall experience. “In a world where things are becoming increasingly serious, with ‘Rainier Fog’ we have continued our long tradition of making asses out of ourselves in videos,” says drummer Sean Kinney. “So for all of you that were raised bottle-fed, this one's for you. Mission accomplished.”

RadicalMedia director Peter Darley Miller is no stranger to working with Alice in Chains. In 2013, Peter directed AIC 23, a mockumentary created to promote the band’s fifth studio album, The Devil Put Dinosaurs Here. AIC vocalist/guitarist, Jerry Cantrell says, “We had a great time working with Peter Darley Miller again. We had a blast making the ‘Rainier Fog’ music video, which continues the northwest theme of the record. We hope you enjoy it and have a laugh.”

Peter adds, “The band’s maternal instincts were spot on. It was a kind and loving environment. I felt special.”

'Rainier Fog' is the title-track of Alice in Chains’ sixth and most recent LP. The album debuted at No. 12 on the Billboard 200 chart, as well as debuted at No. 1 on Billboard’s Top Rock Albums, Alternative Albums and Hard Rock Albums charts. The album became the band’s first top 10 in the UK and was nominated for a Grammy Award for Best Rock Album in 2019.