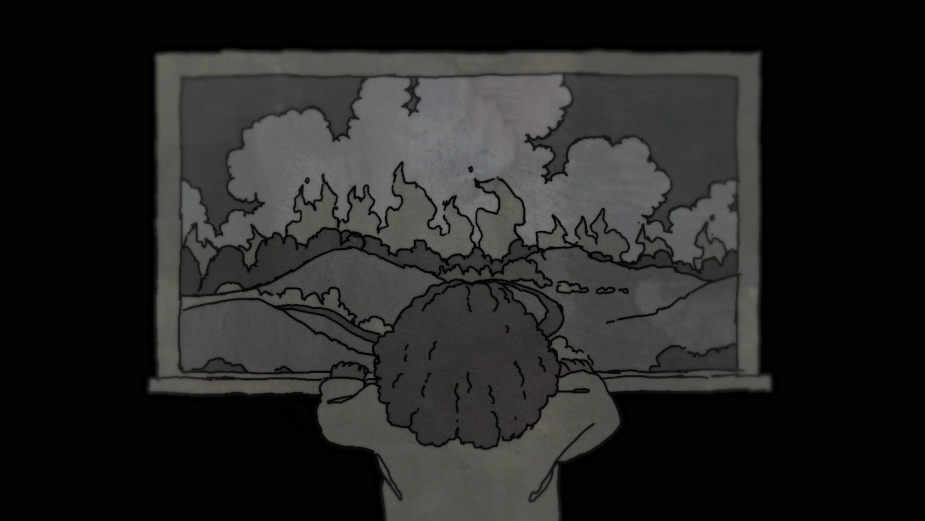 Combining 2D frame-by-frame animation and traditionally painted textures, this music video creates a calm yet compelling plea to viewers to consider the impact of our collective carbon footprint. A song created in light of events such as COP26, Nick Peers intends to reach the hearts and ears of those powerful enough to call the shots.

The music video emphasizes the contrast between nature and man-made pollution, while cleverly using overlays to encourage understanding of our proximity to the earth and responsibility. Concluding on an optimistic note and a burst of vibrant colour, both artists believe in the capacity for change and a restorative future.

Q> What about this brief particularly excited you?

Ali> What excited me most about this brief was the importance of the message of A Different Drum. The song is a combination of a warning about the future we are heading towards, and a celebration of the beauty of the world we need to protect. The messages in Nick’s music are ones that I share, a belief that there is great potential in humanity to take a different path, and change our ways to reduce the climate crisis. I was excited to get a chance to make work for a song that is hopeful and promotes change. In all of my work, I focus on creating animation that conveys strong emotions that sometimes can’t be easily expressed. This brief was an opportunity to try and express the feelings that I feel many will share with me on the current climate situation, an uneasy mixture of fear and hope about the earth's future.

Q> Why did you decide to focus on environmentalism? (i.e. COP26)

Nick> Back in 1983, a young Al Gore was advising the world to be more proactive when protecting the Environment.  In 1990 Carl Sagan introduced us all to Voyager 1’s ‘pale blue dot’ - an extraordinary image of our planet alone in space. In 2007 ‘An Inconvenient Truth’ hit the cinemas, further elaborating on Gore’s (and many others’) concerns. Sadly the truth has apparently been a little too inconvenient for us all. At COP26 (a mere 3 months ago) Sir David Attenborough passionately set out his stall once again with a clarion call for action to the UN. Why on earth is Humanity still unable to get a grip on the challenges facing our Wonderful World, our beautiful Blue Green Planet? We urgently need to march to A Different Drum…

Q> What influenced/prompted your visual direction for the MV?

Ali> While developing the visuals I was thinking about how the song has an incredibly important and urgent message, but has conveyed it in a uniquely poignant, subtle and thoughtful way. I wanted my visuals to reflect this balance of poetic and powerful storytelling in the music. My focus was to create ideas for clear, simple, and subtle imagery on three themes, the causes and effects of climate change, humanity’s connection to the planet and nature, and walking forward moving towards progress to the beat of the drum, tying them all together through layering 2D digital animation and hand painted texture. It was a great creative challenge and rewarding process to work out how to weave together the marching and drumming motifs with the imagery of the environment.

I wanted this music video to feel both hopeful and grounded in the reality of the current climate crisis. It follows a simple narrative, of a girl walking forwards, at the start she moves through images of the climate crisis, but as the song progresses, shows her walking through an alternative, more hopeful path. Colour was key to tying this narrative together, with the palette shifting from greyscale to vibrant green and yellow as the song progresses. Greyscale was chosen for the beginning of the song, to match the darker themes of the climate emergency, with colour coming in with the shift in the music towards the end of the song, highlighting the hopeful themes in the lyrics, and potential for change.

Q> What was it like tying auditory & visual art together as a musician with an animation director?

Nick> I was a TV Commercials Producer in an Advertising Agency for over 30 years and worked with many Animation and Music Production Companies; but very occasionally I felt I could have a go at a music brief myself; and very rarely I would get a track of mine on a Commercial. I therefore had some knowledge of sourcing/creating music for film projects. This particular brief however was more of a Pop Promo one, as the song ‘A Different Drum’ already existed, and I found myself seeking an Animation Company to create a piece for a track. I found myself in the rarified position of being both ‘Client’ and Creative! I loved it. The Animation Production process with Partizan’s Ali Sofi (brilliant young Animator) and Jade Duncan-Knight (brilliant young Producer) was from start to finish a complete joy. I think that together we have created something rather beautiful - ‘A Different Drum’ has come to life.

Thank you so much Ali and Jade - and thank you too to Duncan (Gaman) who helped get this project off the ground in the first place.

A Different Drum will be available to stream via Spotify, Apple Music and Amazon Music in April 2022. 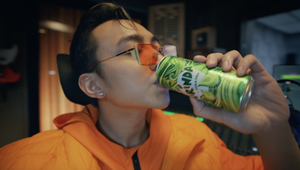 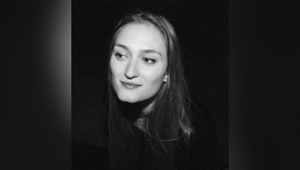 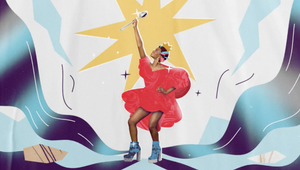 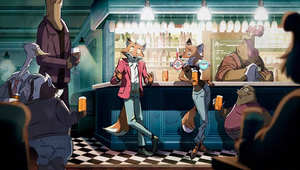 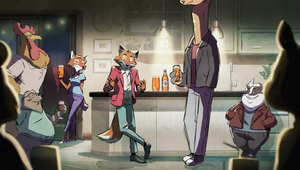 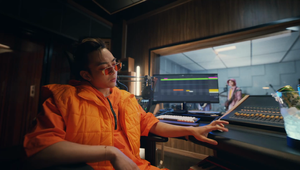