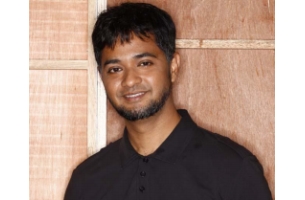 His strategic creative direction across digital and traditional platforms, saw Grey Group Singapore recognised as the best performing agency, two years in a row at Spikes Asia 2014 and 2015, with big pop-culture ideas such as ‘The Visual Dictionary’ for British Council and ‘Help Find Me’ for the Missing Persons Advocacy Network (MPAN). The agency was also named Agency of the Year and Digital Agency of the Year at the Gong Show 2015.

In addition to his accolades, he was honoured “Advertising Professional of the Year” by the Institute of Advertising Singapore (IAS) and has been voted numerous times as one of the “Most Influential Creative Directors” in Singapore by the IAS.

A highly-recognised and respected creative, Shabaz has judged at Cannes Lions, AdFest, Spikes Asia, The Singapore Advertising Hall of Fame and the Kancil Awards. He has also been invited as a guest speaker for Spikes Asia, 4As and D&AD.