Ali was previously Head of Sales / EP at Annex Films 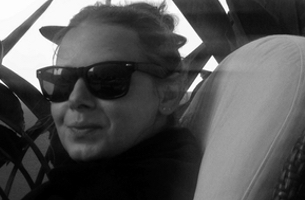 Dark Energy is delighted to welcome the very talented Ali Lindsay to its team as Executive Producer/Head Of Sales.

Ali joins Dark Energy from Annex Films where for over five years she carefully developed the roster, expanded international production partnerships, established new agency contacts as well as existing ones, re-branded and made significant award-winning signings, continually evolving the company for the current market.

Ali began her career in brand design and went on to work for trend forecasting agency The Future Laboratory as well as working for design led magazines such as Wallpaper and biannual trend and marketing insight publication Viewpoint. After 6 years of magazines she realised creatively she needed more and took a job as P.A to CEO at Smoke & Mirrors where she spent four years learning the ropes, and cut her teeth in her first repping position at Park Village.
Ali said of her new appointment at Dark Energy: “Matt Brown has created a new and exciting company that in just 18 months alone has won three Arrows and a D&AD pencil. I can’t wait to work alongside Matt and the team here, we’ve a lot of new signings to announce over the coming months and some great new work I hope to be able to put on your radar in the very near future. Roll on 2016!”
view more - Hires, Wins & Business