While they are all known for their comedic capabilities, Jared Lapidus, Kyle Sauer and the Norman Brothers also possess different skill sets

Toronto production company Alfredo Films has added three directors to its growing roster of talent, each known for their collaborative spirit and high standards when it comes to style and execution.

While all three are renowned for their comedic expertise, they possess distinct skill sets - from specialising in dialogue and performance, to a mastery of bold and playful visual - that can be brought to bear across a wide array of projects.

“That’s the type of production company we are,” says Holly Rowden, Alfredo co-founder and executive producer. “There are so many different personalities that make up Alfredo, and it shines brightly through the work we do, and for us we believe that is what fosters the best kind of work.

“We’re inherently different - bringing different perspectives to the table to create work that’s out of the box and that pushes the boundaries,” adds Alexander Henry, Alfredo co-founder and executive producer.

Jared Lapidus specialises in dialogue and performance-driven comedy, with his roots in New York City’s sketch comedy community showing through not just in his casting decisions, but also his proficiency with improv and an uncanny ability to extract sublime comedic performances from the celebrities featured in his work.

A graduate of New York University’s Tisch School of the Arts, he has directed spots for several globally renowned brands, including Oreos, Jose Cuervo, Triscuit, and Burger King, and is currently developing his debut feature film, which he co-wrote, with Comedy Central.

Holly describes him as a 'true comedy connoisseur' who’s equally at home directing a 30-minute show as he is a 10- minute sketch, or 15-second commercial. “And the punchlines will still land.”

Renowned for a bright and bold visual style that is frequently infused with a playful sense of humour, Kyle Sauer’s portfolio includes commercials and music videos, as well as experimental media.

He once brought together Chippendales of Las Vegas and KFC for a steamy Mother’s Day ad that has become a TikTok staple; enlisted ballerinas and a Broadway costume department to make a video for Warby Parker; and worked with interactive 3D artists and an LED virtual production studio to create what he describes as a 'Willy Wonka-esque' testing laboratory for Head and Shoulders.

“Kyle’s unique and zany personality is visible through his work from miles away,” says Alexander. “His unique start as a content creator for GIPHY helped him to develop a style that is instantly recognisable, pulling off surreal comedy against colourful backdrops.”

The brother directing team of KC and Kip Norman, AKA the Norman Brothers, have been collaborating on projects since childhood, and making commercials for more than a decade. They are committed to creating an upbeat work environment where everyone on set feels empowered to contribute their best work.

They are known for a combination of visual storytelling, superb casting, striking production design and a wholly unique point-of-view, crafting work for brands including State Farm, Anheuser-Busch, Kraft, Nintendo, Porsche, and Subway.

“There’s no problem they can’t solve together,” says Holly. “Every project with them is inherently twice as collaborative and the creative two times as refined.” 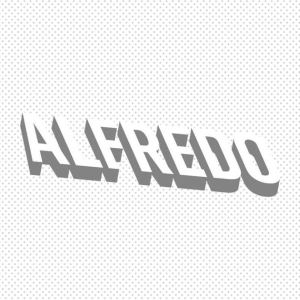 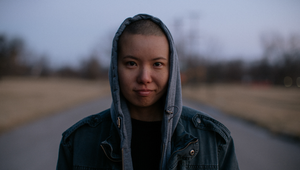