Alex Weight Jumps On Board With Sixty40

Alex has delivered on campaigns for brands including Toyota, ABC, Sony, VW, Arnotts, Bank of New Zealand and Tiger Beer 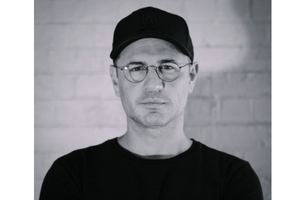 Weight’s global career spans two decades immersed in advertising, film and television, as a writer/director and in senior roles across animation and VFX, working at companies including Rising Sun Pictures, Animal Logic and Flying Bark. He is also a script consultant at Script Central, Australia.

Originally launching his career in advertising, Weight has delivered on campaigns for brands including Toyota, ABC, Sony, VW, Arnotts, Bank of New Zealand and Tiger Beer. He is excited to return to his roots after spending many years in film.

Commenting on his signing, Weight says: “It is an exciting, collaborative environment that supports creative freedom. The team are known for producing high-quality, engaging and informative content, with an emphasis on storytelling, which I’m naturally excited by.”

Adds Sixty40 executive producer Will Alexander: “We are thrilled to welcome such an experienced and creatively-driven storyteller who adds to our strong and diverse roster. His commitment to craft and unique eye for story and character development will ensure he’ll be kept busy tackling exciting briefs from the get go.”