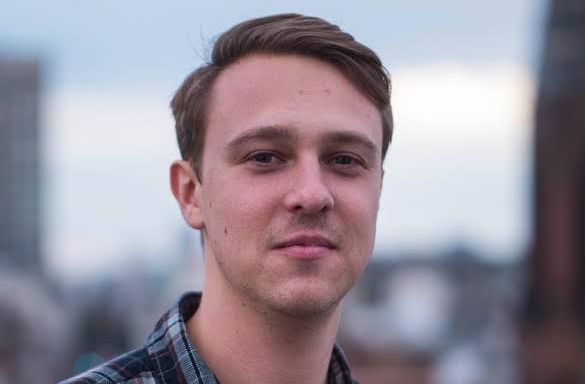 Little Black Book is totally hyped to announce its newest member of the team, Alex Reeves, who will be joining this July as Co-Editor.

Alex will be working closely with Editor-in-Chief and MD, Laura Swinton, and fellow Co-Editor and Head of Germany, Addison Capper, to expand the platform’s international content.

“I'm super excited to be bringing Alex into the LBB team. He's a journalist I respect and I've enjoyed reading his work at the Beak Street Bugle for years... and to top it all off, he's one of the most genial chaps you could meet," says Laura.

Alex has been Editor of the Beak Street Bugle, the news site for members of the Advertising Producers Association (APA), for the past five years and has become an integral part of the London production community. Under his team, The Bugle has grown into a lively, creative site that covers the best UK work and the issues affecting the industry.

The move comes following news that the Beak Street Bugle will close, allowing the APA to focus its resources on other areas to best support its members. In recognition of the sterling work that Alex has done and the impact that the Beak Street Bugle has had on the community, some of its most popular content will become part of LBB, like High Five, which will now be published in partnership between LBB and the APA.

Says Alex: “I’ve admired LBB for years and have been hugely impressed by the editorial standards Laura and Matt uphold. You can spend days on their site reading inspiring, thought-provoking writing about creativity from around the world. They also provide a vital service to their members, giving them the tools they need to build fame. That’s been my focus at the Beak Street Bugle for five years now and I can’t wait to join the LBB team and start telling even more fascinating stories about the incredible industry that I’ve grown to love.”

LBB founder and CEO Matt Cooper adds: “This coming year we plan to grow our community by opening in new countries, supporting local markets and local associations. Having worked so well at the APA with The Beak Street Bugle, Alex will bring a wealth of knowledge to our growing team in this area. We are totally excited to have him join the team.”

Little Black Book is a fast-growing platform that brings together the global advertising community and, most importantly, celebrates creativity. With its combination of in depth editorial, member-driven content and smart tools, it’s an industry disruptor. Alex’s move reaffirms LBB’s commitment to giving local creative markets a global stage.