Ad legend on new business venture, Visibl, and how his parents inspired a passion for small businesses 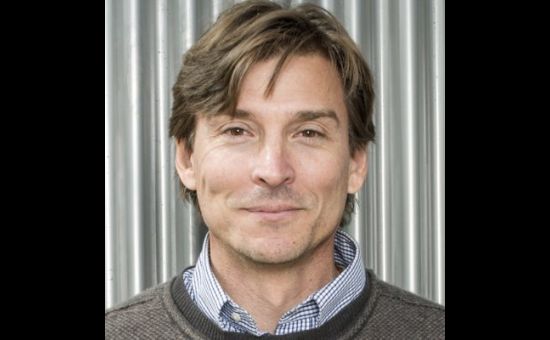 Up until now, small and medium-sized businesses (SMBs) have been completely out-priced of the targeted online advertising world. Google and Facebook both offer affordable options, but they both restrict campaigns to their respective networks. For a business to get their ad seen on the likes of the New York Times or Huffington Post, they’d need to invest big bucks in a media agency or specially trained media buyer to do so. As such, the opportunity is restricted deep-pocketed businesses only.

That is until now. Ad legend Alex Bogusky has recently founded Visibl, a programmatic platform that makes it possible for SMBs and agencies to execute hyper-targeted video campaigns across every major ad network in just three steps for as little as $50. LBB’s Addison Capper chatted with Alex to find out what inspired him to launch it, how it’s logistically possible, and why people should get involved.

LBB> What inspired you to launch it?

AB> Oh man. We all have these ideas of something we think should exist. I have them all the time but usually I just wait for somebody else to actually go to the trouble to invent them. I had been thinking about a product that made it simple for local advertisers to do hyper-targeted pre-roll for a few years. In my simplistic way of thinking about it, I kept expecting that any day YouTube would launch some version of an ad-buying tool similar to Facebook’s.

Another year goes by and it still didn’t happen and so I finally began to look for a team that might be interested in the same idea. I’m involved in a few dozen companies so I’ve sometimes learned the hard way that I need to find great operators if we’re going to be successful. Aquiles La Grave and Kelly Dotseth applied to the Boomtown accelerator with the idea of a simple video editor for bloggers. We weren’t really too keen on that space but we loved them. They clearly had the skills and experience. It took me a few coffees to adequately explain the idea because Aquiles and Kelly were coming out of a video ad tech platform and I just wasn’t up on all the jargon. I’m allergic to buzzwords and acronyms so I had to learn a whole new language that’s still killing me. With all the SSPs and DSPs and me with no ESP.

Anyway, eventually we started talking the same language and I was able to explain the product and opportunity I thought might exist. But as an advertising creative guy that can’t write a line of code, I had only the slightest concept of the tech and partnerships required to pull it off. Aquiles asked me to give him a couple weeks to research the feasibility and he’d get back to me. When we met next he said the idea had its challenges but that it could be done with the right partnerships. I threw down some investment and we were off.

We knew we were onto something when one of the key partnerships came together in a matter of days. Our partners really see the opportunity of tearing down the barriers for any and all advertisers.

LBB> What are you, personally, hoping to achieve with Visibl?

AB> I have always loved small businesses. My parents both worked in small businesses, which has always made it personal, but I’ve come to realise that small business is the real driver of our economy. Over and over the truly game changing ideas bubble up from small business even with much of the business world stacked against them. Media for small business has seen some big changes with the creation of social media. But traditional media has been out of reach for most small businesses. Our mission is to level the playing field by creating the tools and cost structure that allows the local bike shop to buy the same media with the same publishers that GM or Coca-Cola does.

LBB> What is currently available in this field and how do those offers exclude SMBs?

AB> Small companies have been completely shut out of programmatic pre-roll because of the minimum spends and the complicated and costly tools. We wanted to make something for everybody and anybody. We sat at the coffee shop and talked a lot about building something that that very same coffee shop could use. We knew they used Facebook. Why not video? Why not across a host of publishers. Why can’t their video show up on the homepage of The New York Times or Huffington Post? There is no reason why not. Except that the digital media industry has been 100 per cent focused on the big spenders and their model isn’t designed to cater to everybody else.

The vast majority of our users are SMBs and some people have been shocked by that. That didn’t surprise me because we built it for them.

What’s been jaw dropping for me has been how excited midsize and even huge agencies get when we do a demo. They realize they can earn back media buying with nearly zero investment. No heavy training. No expensive staffing. Just take the planning and execute.

LBB> What can SMBs hope to achieve by using Visibl?

AB> Better targeting works better for all advertisers no matter what action they’re looking for. And the potential to target with programmatic video is rarely taken advantage of, but it is staggering. If anything it’s almost too good. The most common mistake we see users make is that they create a target so precise that their budget can never be spent. Starting with zip code and then adding in interests and attributes you can imagine that overlap gets very small if you add too many. We visualize this with a Venn diagram to help people visualize how finite their target is becoming. When users get the hang of it they are able to illuminate a lot of waste and deliver relevant messages to an interested consumer and all the metrics go through the roof vs. a traditional programmatic buy. Impressions, engagement, and even click-throughs are really high.

One of my personal frustrations was seeing Chevy ads over and over online. Meanwhile I just bought a Chevy. They clearly weren’t using any targeting data at all. And neither are a lot of national advertisers who can’t really spend enough if they do. So they carpet bomb. Meanwhile I want to see ads from the local bike shop and farmers market or a cool new organic brand but they’ve been told they can’t play. Well now they can.

LBB> Similar offers are available directly through Google and Facebook - what does Visibl offer that they don’t?

AB> We have huge respect for the Facebook buying tool and dashboard. It is truly a self-serve tool and has illustrated the potential in the democratization of media. But post analysis of the average Visibl campaign shows that an advertiser would be missing 60-70+ per cent of their target audience if they advertised only through Google/YouTube and Facebook. Because Google and Facebook don’t serve their ads across their competitors’ networks or on banner sites like CNN or NYT. We serve video on all networks including Google/YouTube and Facebook, just like the big guys buy video media, just without the hassle.

LBB> Logistically, how do you keep it cheaper than the other options out there?

AB> Right now nobody is even close on price. So long as programmatic media buys are handled by media service agencies using enterprise software that require highly trained buyers, the ability for smaller guys to access the space remains practically and financially impossible. We built a platform, not a service, that means we can focus on delivering high quality access to the video media infrastructure and empower our users to define who they want to reach.

LBB> How can SMBs get involved?

AB> When we say self-serve it really is. Just go to the site www.getvisibl.com. Play with the campaign builder to set your budget and target audience. Load a 15-, 30- or 45-second video of any kind. And launch your campaign for budgets as tiny as $50. Your dashboard gets setup automatically and pretty soon you can compare campaigns. A/B testing is built in so you can compare the success by target, creative, call to action, etc. We want to level the playing field for SMBs so they can get their brands and businesses in front of the right audience.

LBB> What kind of content can SMBs feed? And where can it end up?

AB> One of the biggest myths out there is that SMBs aren’t creating high quality video. We have found the exact opposite - SMBs are creating awesome content day in and day out. The question that isn’t asked is, where is all that awesome content and what is it doing? Generally the content just sits on their social feeds or their website waiting for an audience. We make it crazy easy for SMBs to grab that same type of content and actually get it playing out there on the same websites and in the same way that you see large national brands place their own media. Some of the coolest stuff we see is brands that are using the platform to blur the lines between social media and traditional media. Seeding new social media content to get more views and even pushing out video assets like unboxing, reviews, and YouTube celebs that have traditionally only been viewable on their social channels.

LBB> It’s been in Beta testing since May. Who have you been working with and what has the feedback been like?

AB> Our first round of users that have signed up are really a microcosm of what we expect as we continue to grow. There is a mix of local business, national brands and creative agencies all looking to get into programmatic video advertising for the first time. While their businesses may be very different they are all really excited about the product for similar reasons; the low barrier to entry and that you don't need a media agency or specially trained (and highly priced) media buyers to create, execute and manage your campaigns. They have also really validated our idea of providing goal based bidding strategies for reaching the most targeted and high performing audiences.

AB> What we had in mind for the platform is proving to be the tip of the iceberg. Our users are more innovative and creative in how and what they push out than we could have ever predicted. Right now big advertisers have used video and pre-roll in very similar ways to how they use TV. That seems to be a legacy mentality that the smaller advertisers and social media departments are pushing aside. This collision between social media and traditional media is really exciting for us to watch happen in real time. Social media agencies and in-house departments are realising the same skills they learned placing campaigns with Facebook will work across the entire coming media landscape. Starting right now.