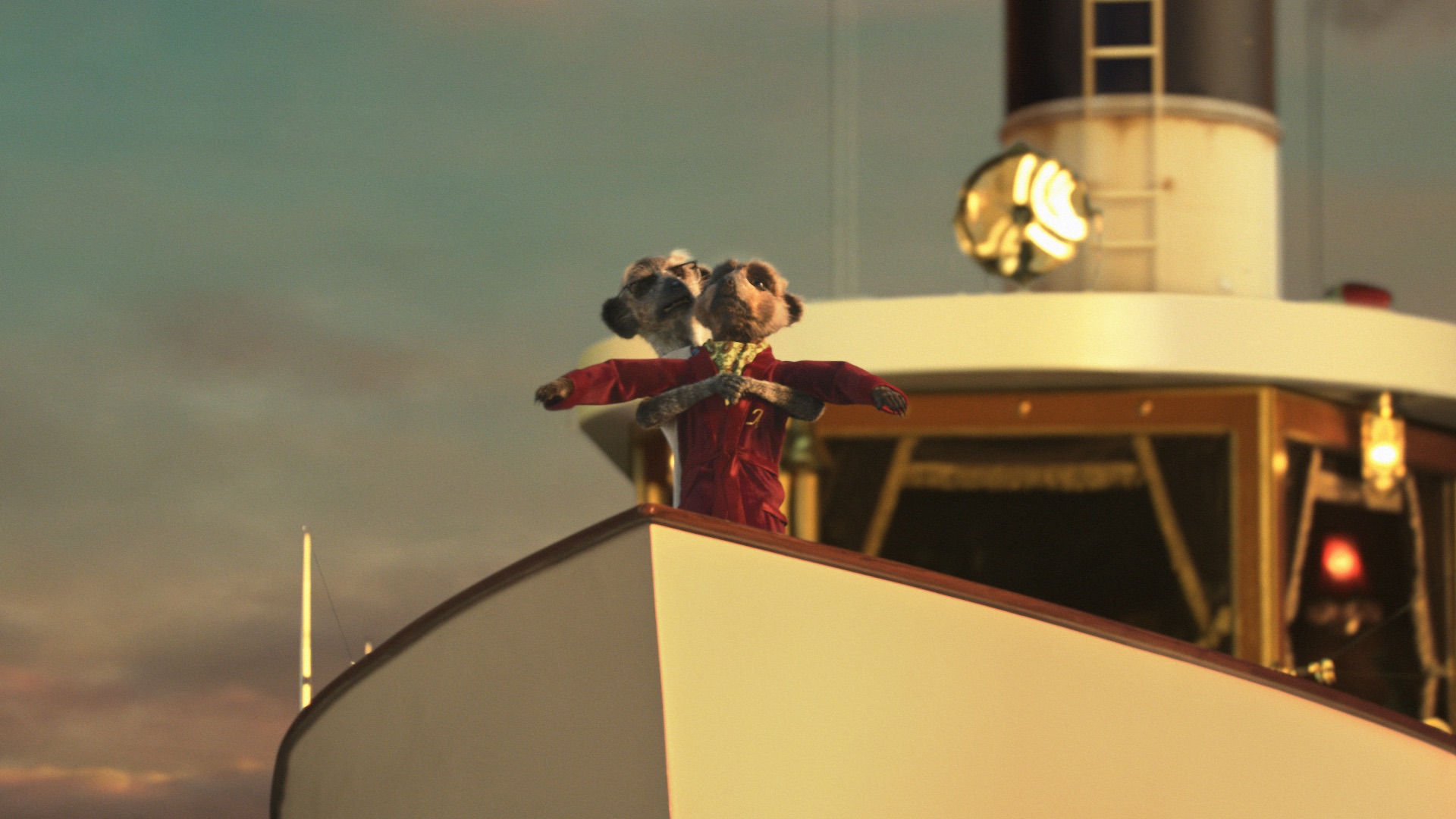 2017 sees the 20th anniversary of the much-loved film Titanic, and so it’s only fitting to see Aleksandr and Sergei re-enacting the famous scene from the legendary film.

The new spot from comparethemarket.com sees Aleksandr and Sergei take to the seas for a dinner for two. Unfortunately, things go awry over the main course, as Aleksandr begins choking on a prawn. Sergei steps in as his saviour, performing the Heimlich Manoeuvre and inadvertently mirroring the famous ‘flying’ scene. The new advert ends by reminding viewers that movies are better with two, thanks to Meerkat Movies.