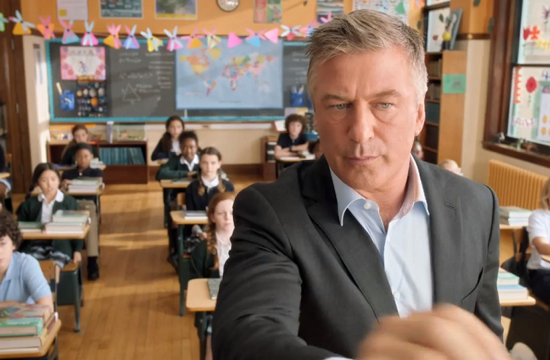 NO6 Editor Kevin Zimmerman helps to prove that even kids can get excited about travel rewards cards in “Teacher”, an adorable new spot from Capital One.

Surprise substitute teacher Alec Baldwin gives a lesson on the algebra of travel to a group of precocious fourth-graders, explaining fundamental principles like why their beloved teacher has fled to the Bahamas early on a whim. The life-enhancing class lesson leaves students wide-eyed and ready for action, and proves that even Baldwin can wind up with a “World’s Best Teacher” award.