Mark Denton and McCann Manchester head to the moon... 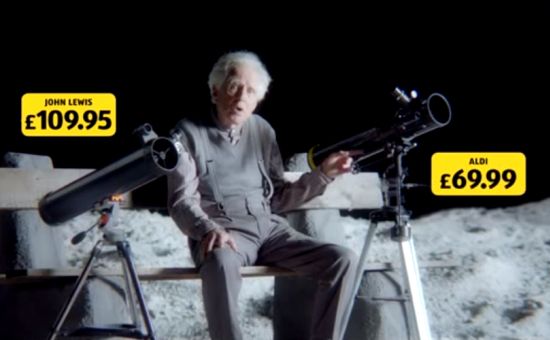 The gloves are off in the Christmas ads arms race as supermarket chain Aldi takes on John Lewis with a tongue-in-cheek twist on the retailer's Man in the Moon festive ad campaign, created by McCann Manchester and Another Film Company.

While the John Lewis campaign from adam&eveDDB and directed by Somesuch's Kim Gehrig starred a lonely old man, McCann Manchester and director Mark Denton have given their ad a more uplifting end. After comparing the price of telescopes in typical Aldi style, this spot's hero gets a surprise Christmas visitor in the shape of Jean, who seasoned ad watchers may recognise as the gin-loving pensioner from the supermarket's 2011 stable of ads.