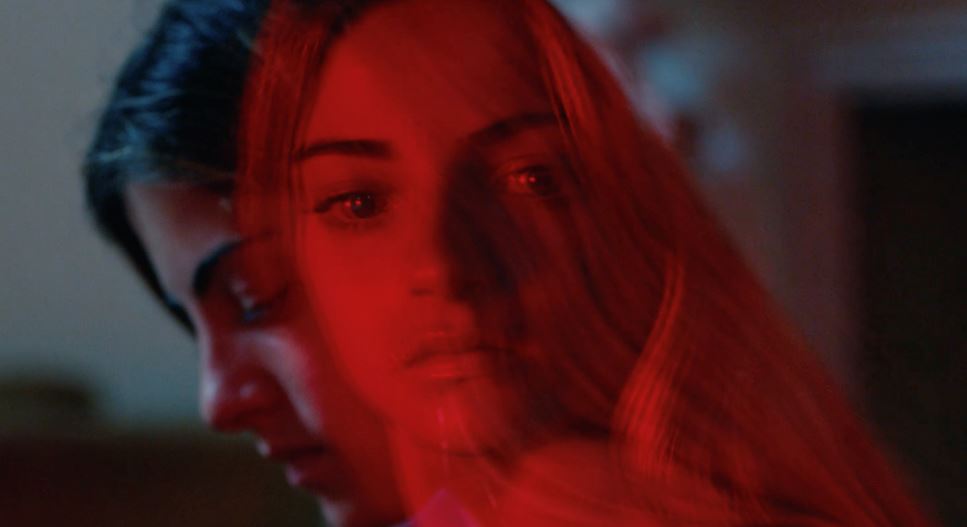 For every person with a drinking problem in the UK, five other people on average are affected; Director Rollo Hollins addresses this insight from charity, Al-Anon, directly in his new powerful music video for Bear’s Den’s track ‘Hiding Bottles’. In scenes that will sadly be familiar to many, the film centres on a family grappling with the impact of alcohol abuse.

Drawing inspiration from real case studies, the candid film uses the theme of doubles to explore how alcoholism often leads to fractured realities for its victims and their loved ones. Scenes of apparent ‘normal’ family life and bright smiles in home-video footage are juxtaposed with tense scenes of irresponsible parenting and arguments, unnervingly brought to life by the cast’s extraordinary performances.
Director Rollo Hollins’ in-camera techniques and casting real-life identical twins made it possible to achieve uncanny shots of doubles of each family member living out different versions of their reality side by side in the same frame.
Rollo comments: “Davey (the lead singer of Bear’s Den) and I wanted to highlight the often-overlooked issues faced by the victims of alcohol abuse by basing the film on genuine case studies supplied by the Al-Anon. Looking through that research, the theme that kept cropping up was the ‘promise of normality’ that these victims are often teased with. Alcoholism explained as temporary or manageable, which created a strange dichotomy within those homes - two versions of the same family, one fighting to keep everything ’normal’ and another private version, out of control. Using a full cast of identical twins and in-camera effects, I wanted to explore that idea and highlight the issues, whilst keeping the story and dialogue based on real case studies.”
Al-Anon helps people whose lives have been disrupted by someone else’s drinking. If your life has been disrupted by someone else’s drinking, Al-Anon can help here.
view more - Creative