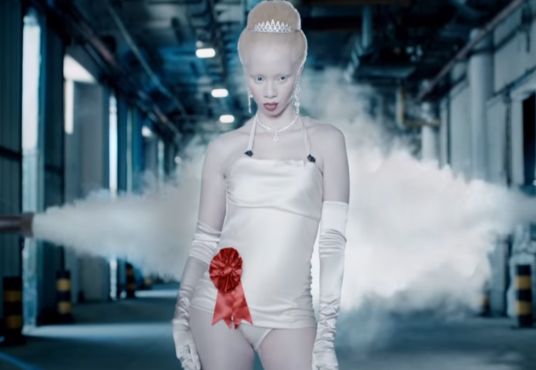 In their global campaign for the new Q2, Audi’s #Untaggable positioning explores how the best or most beautiful things in life are impossible to define. So far, #Untaggable films have explored subjects like music, fashion, the city, and breakfast. South African director Sam Coleman of Giant Films continues the story together with Ogilvy South Africa.

Exploring undefinable beauty and confronting stereotypes, the latest piece for Audi features South African model, actress and activist Thando Hopa who was born with albinism. A lawyer, Thando finds meaningful work to be done in the public eye through changing perceptions and fighting prejudice against people with albinism.

By featuring Thando, the branded film champions diversity and questions what is universally accepted as beautiful. Challenging our preconceived notions of what makes a model, a lawyer or an activist, the piece asks, "What if we don't fit the boxes? What if we don't want to?"

When Nic Wittenberg and the team at Ogilvy introduced Thando Hopa to the project, director Sam Coleman knew the campaign would be a strong one. He believes Thando to be the embodiment of the global #Untaggable campaign in a way that’s authentic and that sends a powerful message.

He says, “Thando Hopa is the story. She is enigmatic and an original.  People relate to her because she has risen above certain challenges in a dignified and fierce manner. I wanted to focus on bringing Thando's innate power through.”

Sam’s visually crafted aesthetic is informed by his years art directing at legendary shops Mother, New York and 180 Amsterdam; agencies that create work that changes culture and transcends advertising. Inspired by contemporary installation art for this piece, live art installations were created to evolve in-camera, bringing a sense of chance, scale and depth to each scene. Central to each moment is Thando who interacts with her environment.

#Untaggable was a perfect fit for Sam’s collaborative approach to filmmaking whereby he carefully selects a team of key artists to work with, allowing them the freedom to make their mark on the project at hand. For #Untaggable, Sam chose to work with frequent collaborator Markus Wormstorm on the score, a pulsing tech house track featuring traditional African ululating. Established contemporary artist

Bridget Baker worked on styling creating bespoke outfits for each scene. Well known for her carefully crafted lighting, Vicci Turpin was the DOP, and the production design was by Josie Minty.