Hastie was previously CCO at Being/TBWA 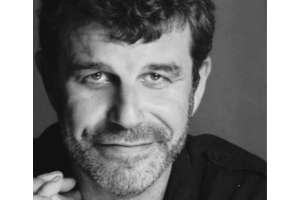 BETC is pleased to announce that Alasdhair Macgregor Hastie will be joining the agency as VP ECD International clients.

Son of an English journalist and Italian mother, in the recent past he was CCO of Being/TBWA, based in Paris, notably working on the launch of the Datsun brand for Nissan in Asia, especially India and Japan, Russia and South Africa and in Doha growing the reputation of The Qatar Foundation.

He has worked in several countries on clients such as P&G, Nestlé, Unilever, Coca-Cola, Nissan, Jeep, Fiat, and Chrysler among others. In the past 2 years his work has been rewarded at Cannes Lions, including Gold, Eurobest, including Grand Prix, Epica, The One Show, Cristal Festival, and Club des AD.

His film for Come4 was among the most awarded films globally as rated by the Gunn Report in 2014.