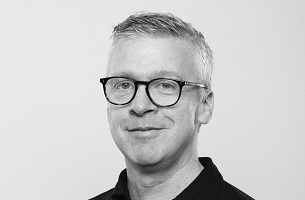 Alan Kelly, Executive Creative Director at independent creative agency, ROTHCO, has been announced as a member of the Integration Jury at the prestigious London International Awards (LIA). Alan joins Malcolm Poynton, Global Chief Creative Officer of Cheil Worldwide, who will be leading the Integration Jury in the United States this October.

"I can’t wait to see some amazing work at this year’s LIA awards in Las Vegas." Comments Alan. "Integration is such an interesting category as it’s not just about ideas that integrate different media channels but its also about ideas that integrate into culture itself. Its an honour to be part of the jury that will help decide which of those ideas stood out as the most impactful and surprising."

Since its inception in 1986, LIA has been celebrating creative excellence in Advertising, Digital, Production, Design, Music & Sound and Technology. Alan will be amongst 100 creatives from over 22 countries around the world. Each jury is comprised of the most talented, recognised and awarded individuals from within their respective fields. All of the jury members from the twelve LIA panels will judge on site in Las Vegas over the course of a week.

Prior to his role at ROTHCO, Alan created award-winning work for Cadbury and Carlsberg at DDB, where he began his career, before becoming Creative Director at TBWA. There, he was responsible for writing iconic campaigns for McDonald’s & Playstation. Since joining ROTHCO as Executive Creative Director, Alan has since gone on to oversee the creation of Cannes Lions winning campaigns including ‘A Shred of Decency’ for the marriage equality referendum for client Daintree Paper, and a silver Creative Data Lion this year for ‘Join Our Team’ for the Irish Defence Forces. Alan has also been integral to the development of the unique ‘Gang Culture’ in ROTHCO, which sees all agency functions working together to solve client’s sticky problems. This is what makes them different in how they approach client briefs, believes Kelly.

Judging will take place in Las Vegas from 6th October to 14th October.