Alan Brown Joins StolenYouth as Member of the Board 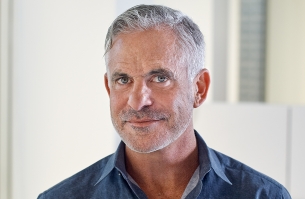 Alan Brown, CEO of Seattle-based advertising agency DNA, has been added to the Board of Directors of StolenYouth, a non-profit organization that raises funds and awareness to support the rescue and recovery of the local Seattle community’s sexually exploited youth.

Seattle was identified in a recent study as having one of the top twenty worst records for the sexual exploitation of children in the US. StolenYouth was created by a group of Seattle women who were inspired by the award-winning book Sold, and then traveled to India to visit brothels, and see the work of NGO’s that were making a difference in the lives of girls there who were sold into slavery and worse.

“Alan brings a depth of knowledge and success in helping non-profits raise awareness and funds,” said Patty Fleishmann, President of the Board. “He is our first – and only man – to be a member of our board. He and the agency he runs have shown a great passion for our mission and we are looking forward to his contributions to our organization.”

As CEO of DNA, Mr. Brown got to know about StolenYouth through his agency’s work on the Clinton Global Initiative when he met two women who became board members of StolenYouth. Brown and DNA have a long and successful history in helping non-profits drive new revenue streams. The agency recently completed a successful rebrand of the Avon Foundation’s Annual Walk to End Breast Cancer which as the new Avon 39 saw a $4 million increase in contributions in just one year. The agency is also working with Fred Hutch in a fund raising development campaign and several other local and national institutions including the National MS Foundation.

“StolenYouth is having a dramatic impact in the Seattle area on how young women forced into sex trafficking are being treated by authorities and helped to regain their lives,” noted Alan Brown. “They have an inspiring agenda to drive change. As the father of a young girl myself, I am thrilled to be part of this sisterhood of women committed to such an important cause.”