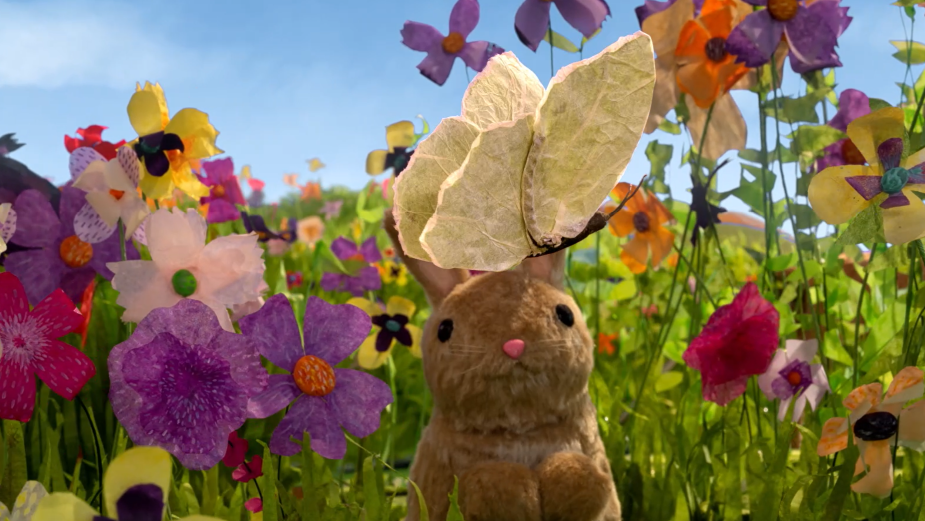 One Square Foot celebrates the partnership between Air Wick Scented Oils and World Wildlife Fund, which will reseed 1 billion square-feet of native wildflowers and grassland habitats in the Northern Great Plains over the next three years and encourage consumers to give back to nature by inspiring them to plant one square foot of wildflowers native to their local community.

Havas New York created the national ad spot, which celebrates how small actions can make a big difference in our world in an incredibly unique way.

Collaborating with the world’s top stop motion artist, the team used hundreds of thousands of micro shots to create the story of preserving wildflowers. Each scene consists of miniature props and puppets that were hand crafted from environmentally friendly materials, natural based paints and recycled paper to create a unique story. The creatures featured were reflective of the actual wildlife that inhabits Northern Great Plains.

Some of London’s top puppeteers worked for over 200 hours on set design, 150 hours of paper folding, 100 hours of stop-motion cinematography and 25 puppets to bring the spot to life.

This campaign help will restore and protect the Northern Great Plains, one of the last remaining regions that still retains much of its original plant and animal life, protects clean water and air, stores carbon, and is home to communities who depend on its health for their livelihoods. Through this ad spot, Air Wick is encouraging consumers to join in and do their part to restore one of the critical components that nature needs to survive by planting wildflowers native to their communities.