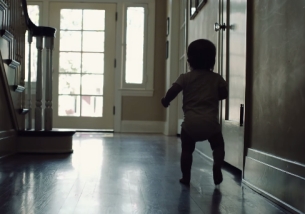 Earlier this year Airbnb launched “Never a Stranger,” a campaign that took a personal approach to engaging their host community. Today, the company is launching a global campaign, which goes beyond a pure-play campaign and explores the kindness of man: “Is Mankind?” Because when we trust in the kindness of our fellow man, we discover that the world isn’t such a scary place after all.

Through this campaign, Airbnb aims to encourage people to Belong Anywhere through a relevant culture conversation, and it will harness Airbnb's philosophy that humans are born kind and open to their fellow man, which enables wonderful experiences. There are examples all over the world and in the media that seemingly reflect the unkindness of man and Airbnb is questioning if that is the reality with a provocative campaign that includes spots aligned to the issue, as well as digital and OOH elements.

The primary spot features a baby in a home setting and reveals the innocence and innate kindness of youth –highlighting a current example of the kindness of man.  Additional campaign elements include employee engagement, social media, and OOH (out of home) creative that states "MAN•KIND" on billboards in provocative locations that may either highlight the kindness of man, or call it into question.

Airbnb worked with TWBA/Chiat/Day from the creative agency side and Starcom on media, among many others to bring the brand and its community to life.