AIRBAG Melbourne Presented LIA of the Year Statues in Shanghai 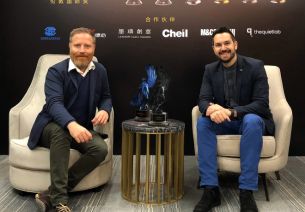 The inaugural LIA Chinese Creativity Award show was held at 8 on The Bund in Shanghai. Chinese Creativity was created as part of the Global LIA to recognise creativity conceived, written and produced solely in the Chinese language. LIA President, Barbara Levy, presented the coveted red LIA statues to the winners. In addition to the Chinese Creativity winners, a number of LIA Global Winners were in attendance from Korea, Australia, Hong Kong and Taiwan.

Bosich stated, “We are beyond delighted to receive these awards, recognising AIRBAG’s work across Meet Graham (Clemenger BBDO Melbourne) and Made Possible by Melbourne (McCann Melbourne). We are just as passionate about these newer forms of communication as we are about film, and are thrilled that our two most successful campaigns of 2017 live in the worlds of Outdoor, Experiential and Technology. It’s one of the things I love most about LIA - their recognition of production company craft beyond just traditional film categories. It’s an award show that perfectly reflects modern-day production.” 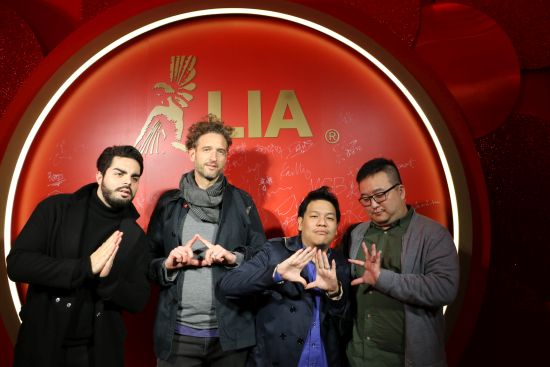 Malcolm Poynton, Paul Chan and members of the Cheil Worldwide team were present to receive their Global LIA statues and the new Blue LIA statue for Regional Agency of the Year for Asia.

Cheil Worldwide’s Global Chief Creative Officer, Malcolm Poynton said: “Barbara Levy and Gordon Tan have read the tea leaves right and are shining a spotlight on creativity in the what is arguably the most important market today, China. They’ve took no half measures in assembling the very best of Chinese jurors to judge the show and the results speak for themselves – some truly world class and imaginative work. It was not just a privilege to be invited to speak at the LIA China ceremony but an inspiration to see the winning work too, let alone the stunning red LIA trophies bestowed upon the winners.” 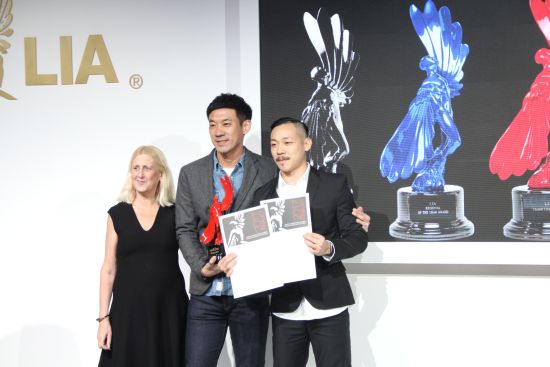 Paul Chan, ECD at Cheil Worldwide Hong Kong stated, “We're humbled and incredibly proud of our best year ever at LIA. London International Awards means a lot to me personally. It was the first-ever global award show we’d ever entered back in 2003. Back then, there was no Silver or Bronze. It was Gold or nothing. So it was a lot harder to win. Luckily, we managed to win Gold that year—but unfortunately, we couldn’t make it to the award ceremony in London.  To make up for it, we had a lot of success at this year’s global LIA awards 2017. We’d already scooped 6 Golds, 2 Silvers and 4 Bronzes, so we didn’t think it could get any better.  But last night, we scored another Gold with one of the first-ever RED LIA trophies—a thing of beauty designed to celebrate the world’s best Chinese creativity.  As the cherry on top, we were also presented with the stunningly gorgeous BLUE LIA trophy for being crowned ‘REGIONAL AGENCY OF THE YEAR’ at the global LIA awards. Needless to say, we're chuffed to bits. What a night. What a year. What an incredible team.

"Thankfully, it also makes up for missing the award ceremony back in 2003.“ 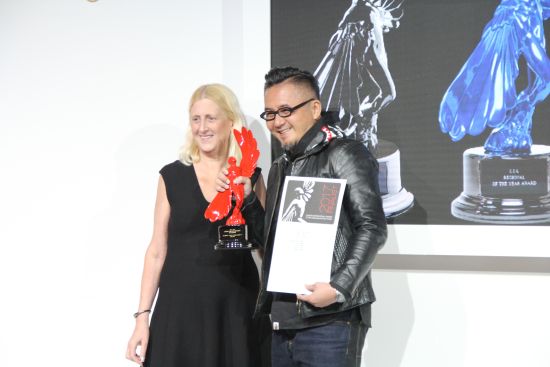 Barbara Levy added, “LIA has recognised that production companies globally are no longer just about creating TV/Cinema commercials. They have branched into the innovation and technology space and should be recognised for their achievements. Several years ago LIA introduced their 'Of The Year' awards and from its inception LIA calculated points for production companies across all their competitions.”

All the Chinese Creativity Winners and Finalists can be viewed here.