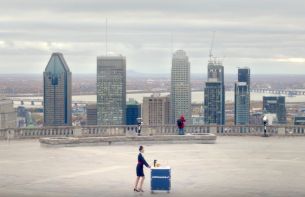 To coincide with the grand opening of his new restaurant in Montreal, award-winning French chef, Joel Robuchon, teams up with Air France and BETC Paris for exclusive culinary creations.

During one week, gourmet aficionados will be able to order exclusive meals created by Joel Robuchon and prepared in his new L’Atelier de Joel Robuchon restaurant. The three-course meal will be delivered directly to their homes via a partnership with delivery app foodora.

The partnership with Joel Robuchon doesn’t stop there, as from January to March 2017, passengers of Air France long-haul flights will be treated to a fine dining experience and served the 'La Première' menu created by the renowned chef.