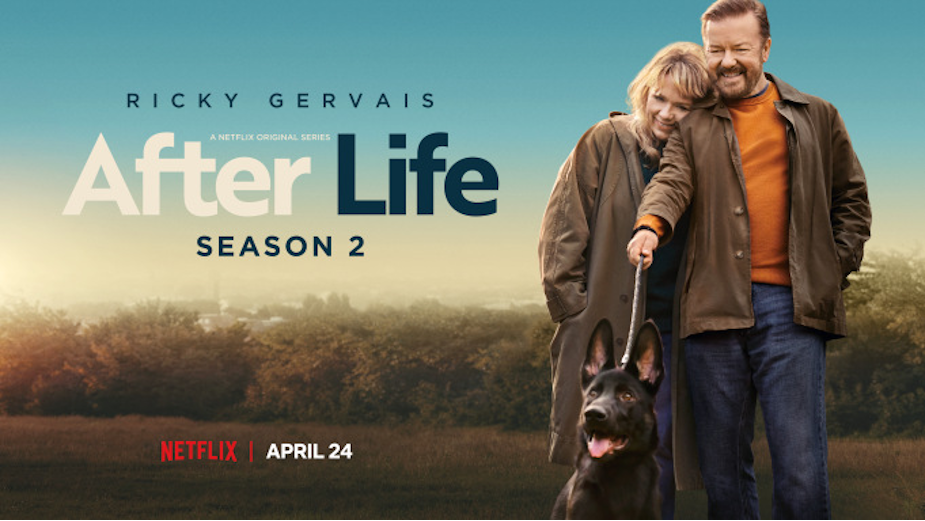 ​Air-Edel has teamed up once again with Golden Globe-winner Ricky Gervais for Netflix’s hit original series 'After Life' series two which will be released on Netflix this Friday, 24th April.

The composer and ex-Razorlight drummer Andy Burrows - Air-Edel's latest addition to their roster - wrote the original score for both series, recorded and mixed by Nick Taylor at Air-Edel Studios, whilst Matt Biffa was the music supervisor, assisted by Ciara Elwis.

Still struggling with immense grief after the death of his wife, Tony (Ricky Gervais) is trying to turn over a new leaf. The series discovers if he will succeed in helping the people around him, or go back to being the same old Tony?