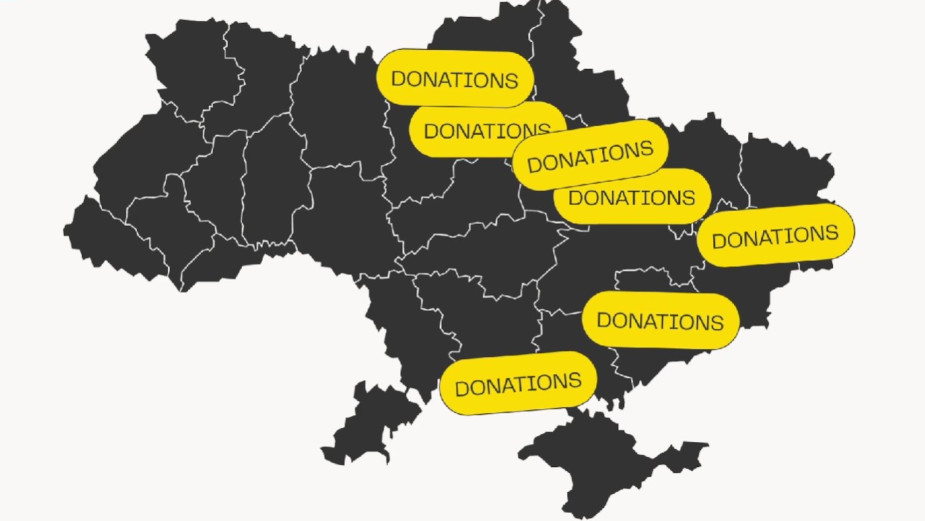 Ukrainians of all incomes continue to support their army and war victims as the battle goes on. As per official data, over the first two weeks of the war, around 10.2 billion hryvnias (about 350 million dollars) was collected in the account of the National Bank of Ukraine, in support of the armed forces – of which 7.2 billion was donated by Ukrainians. But as the war goes on, more and more Ukrainians lose their income and an opportunity to donate.
That's why Aid Legion is calling for donors from around the world to stand with Ukraine in this fight for freedom. In support of the Ukrainian defenders, Aid Legion provides safety equipment, drones, bulletproof vests, first aid, cargo, etc. Furthermore, in support of the civil victims, it provides medicine, food, water, housing, and evacuation help.
Aid Legion is somewhere between large well-known foundations and small local charity groups. While the larger foundations сover most of the worldwide donations, the ability to process people's requests during hostilities and act on them is limited, as large foundations get overloaded. Smaller-scale charities are usually fast and enthusiastic but occasionally lack expertise in certain areas needed to run charity projects efficiently.
This is where Aid Legion comes in. Aid Legion combines the speed of the small foundations with the global impact of the large ones. The foundation has a vast network of volunteers and well-established logistics, enabling it to provide aid in the hottest spots of the war conflict. It also has a solid expertise in logistics and marketing.
The foundation team is very deliberate and creative in choosing its charity projects. It communicates directly with the heads of the territorial defence forces and volunteer networks across Ukraine, and pays attention to those needs that the large foundations might not notice.
Aid Legion is created by a group of Ukrainian entrepreneurs, marketers, and creatives with a vast network of international connections willing to help Ukraine. One of the founders, Eugene Kavaler, has lost the ability to run his businesses due to the occupation and sees the charity as "an opportunity to help Ukrainians win, restore their homes and come back to peaceful life." Some children – such as those of Ukrainian emigrants – see the foundation as an opportunity to contribute creative skills to the victory of truth and freedom, which includes New York-based start-up founder Dan Pantelo.
An optimistic, bold, and even a little ironic tone of voice is also something that makes Aid Legion stand out from other NGOs delivering aid to Ukraine. "We decided to be a no-drama foundation. We refused to terrify and ask for pity. Refused to push on the guilt or shame buttons. We knew very well that this kind of communication motivates the viewers from Europe and the USA for nothing but closing the pre-roll," says Anna Goncharova, founder of Aid Legion.
If you’d like to donate, click here.
view more - Trends and Insight