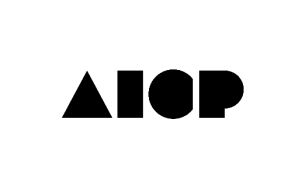 The AICP Show: The Art & Technique of the American Commercial premiered tonight at The Museum of Modern Art (MoMA) in New York City, closing out AICP Week, a celebration of advertising in the motion image, which also included the debut of the AICP Next Awards at The Tishman Auditorium at the New School, and the AICP Week Base Camp. Two thousand members of the advertising, marketing and production industries attended the debut of the AICP Show. Serving as chairperson of this year’s Show was Lisa Mehling, Owner/Executive Producer of Chelsea Pictures. Following its premiere at MoMA, the Show will tour museums and cultural institutions around the country and abroad.  This year’s winners – along with the entire AICP Show and AICP Next Awards archive – are available for viewing here.  Each year, the honoured work becomes a part of the archives of the Department of Film at The Museum of Modern Art. The collection now numbers over 1,900 pieces of advertising in the motion image.

At the AICP Next Awards, the Most Next honour (Best in Show) went to Lockheed Martin’s “The Field Trip To Mars,” produced by Framestore for McCann New York.  The experience follows children on a school bus as they experience a trip to Mars via virtual reality. The winner of the Most Next honour directs a $5,000 grant from the AICP Foundation to an educational institution of their choosing. This year’s grant went to the Washington D.C. chapter of Girls Inc.

The most honoured production company in the AICP Awards (across the Show and Next) is Smuggler, with six honours, followed by O Positive five honours each. Framestore and MJZ each earned four honours; while Epoch Films, Rattling Stick and Somesuch/Anonymous Content and Tool each received three honours.

The Art & Technique of the American Commercial has a bifurcated judging system, which begins with a series of judging panels featuring over 400 judges from across the country and around the world, with experts in various fields judging work across the 23 categories. The process culminates in the meeting of the Curatorial Committee, which is the final arbiter in the disposition of the Show, confirming eligibility and appropriateness to category.

The AICP Show reel features custom-designed graphics by Trollbäck + Company, with an original score and sound design by Antfood. The Show Sponsor reel and loop was created by Taylor James with music by Yessian.