Awards and Events 153 Add to collection

Winners will be announced during AICP Week from June 7th - 9th 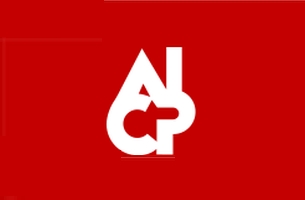 On the AICP Show Shortlist, the top six production companies mentioned are: MJZ and Smuggler, with 15 mentions each; Biscuit Filmworks, with 13; RESET Content, with 12; and Anonymous Content and Furlined, with 11 each. For agencies, the top five mentions included work from various offices of: Wieden+Kennedy, with 22; BBDO, with 20; 72andSunny, with 14; Droga5, with 13; and Grey, with 9. On the client side, Nike led with 13 mentions, followed by AT&T with 10; both Samsung and Under Armour had 9 each; and Apple and Honda had 7 mentions each.

For the AICP Next Awards shortlist, on the production company side, Tool appeared 8 times; and Goodby Silverstein & Partners and Vrse.works each appeared 4 times. With 3 mentions each were: Bob Industries, eLevel Productions, Framestore, Garlic TV, Moonbot Studios, Passion Pictures, PRETTYBIRD, RSA Films, Steelhead, and The Kitchen @ BBDO. The most mentioned ad agencies included work from the various offices of: Leo Burnett, with 9 appearances; BBDO and Wieden+Kennedy, each with 8; Goodby Silverstein & Partners, with 7; and Deutsch and R/GA, each with 6. For clients, Ad Council and Google led the pack with 5 mentions each. Numerous brands appeared 3 times on the AICP Next Awards Shortlist, they are: Domino’s, Loterias y Apuestas del Estado, Netflix, No Somos Delito, REI, 27 Airlines/OKGO, Taco Bell, and The Dali Museum.

“The Shortlists are the results of the work of 500-plus judges including many of the top names in all facets of marketing communications,” said Miller. “The pieces they have singled out reflect this dynamic year and the constant evolution of media content. We are look forward to unveiling the final results and celebrating our anniversary milestones at the premieres of the AICP Next Awards and AICP Show.”