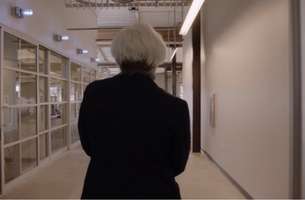 Director Brian Billow (of O Positive) heard that winning an AICP Award – and having one’s work archived by the Department of Film at The Museum of Modern Art (MoMA) – may be having a strange effect on top creatives in the ad industry.  In an investigative film, he uncovers examples of what for years had only been rumoured to be the effects of this unique recognition of craft and artistry.

What is leading them to possess characteristics of noted fine artists? All have work in the AICP Show and AICP Next awards, and thus in MoMA’s film archive.  Not to worry though – while these creatives are afflicted, you can still maintain your individuality when you take your rightful place. Or can you? To find out, enter The AICP Awards by clicking here.  The entry deadline is March 9th, with an extended deadline of March 16th (late fees will apply for the latter).

The AICP Awards premiere during AICP Week, June 12th – 14th in New York. The debut of the AICP Next Awards are the evening of June 12th at The Tishman Auditorium the AICP Show gala premieres on June 14th at MoMA.