Led by its Equity & Inclusion Committee, its recommendations, arrived at in consultation with agencies, will benefit the entire industry 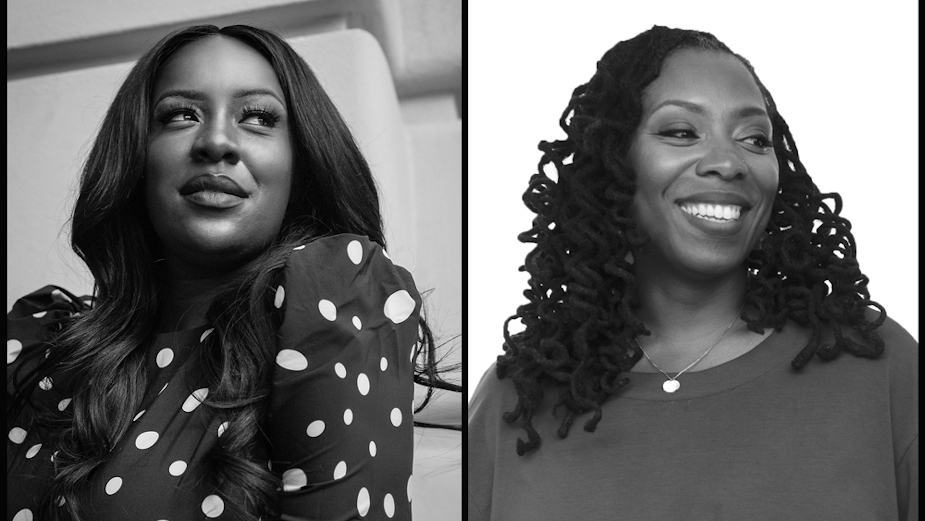 AICP’s Equity & Inclusion committee has released a set of Best Practices for Engagement aimed at helping ad agencies and brands address barriers in how they bid and award production and post production assignments. Assembled by an E&I subcommittee headed by Sophie Gold (above at left), Founder and executive producer of ELEANOR, the Best Practices were derived in consultation with leaders from several advertising agencies. The document can be found on the AICP website here. The Chairperson of the AICP Equity & Inclusion Committee is Tabitha Mason-Elliott, partner & head of production at BARK BARK.

The Best Practices, which continue to evolve and will be updated, leads off with several umbrella recommendations designed to provide guidance for agencies and brands as they set out to diversify their production and post production pipelines. It then zeroes in on specific recommendations in the areas of Bidding, Crews, Employment Data, Casting and Scripts, Post Production and Certification Programs.

“As we work to create more opportunities for people of color across all aspects of the creative process, and allow for new perspectives and approaches that will be to the benefit of all, the areas covered in this document sets up essential guideposts for all involved in production and post-production,” the document states. “It is our hope that these Best Practices will be a constant reference and ‘gut-check’ of sorts as we all work to achieve goals for diversity, inclusion, and equity across our industry.”

“In the same way we have guidelines and best practices that cover many areas of production and post, our Best Practices for Engagement offer the industry tools on how to examine relationships with producing partners regarding diversity,” said Matt Miller, president and CEO of AICP. The Best Practices were developed after AICP held a series of roundtables with agency leaders that looked to address the issue of hiring BIPOC talent, said Gold, who served as moderator for the sessions. These roundtables were attended by senior level executives, including heads of production, chief creative officers, executive creative directors, CDs and producers. “It was important that we talked with those who were in decision-making roles,” she explained. “Our goal was to explore areas where we could move forward as an industry, to get to the next level when it comes to diversity and inclusion.”

Gold said a key premise driving AICP’s effort is the view that “there’s a difference between lack of talent and lack of opportunity. The talent is there; it just needs the opportunity to show what it can do on a bigger stage. With the Best Practices’ guidance, we want to be able to increase diversity and representation, and not just in the bid pool, but in terms of those who actually go on to produce or post produce the job.”

Mason-Elliott participated in a number of the roundtables and described their tone as open and honest. “We built an environment of trust around the discussions,” she noted. “We were very deliberate and carefully avoided the pitfalls of blame or delving into contentious speech. It was more about, ‘We’re here to grow and make things better. How can we work together?’”

The roundtables, Mason-Elliott added, “allowed people to talk about what they were implementing that was working really well. We also focused on the barriers that exist to boosting diversity, and offered ways agencies and brands could help overcome them.”

Gold said that creating Best Practices recommendations specifically for brands and agencies was important to make sure that, as production companies take their own initiatives, all parties can be on the same page. “This is everyone’s responsibility,” she said of the push to diversify production and post vendor, crew and artist ranks. “These guidelines will help us champion Black and BIPOC talent, and give them the opportunity to compete on the same level.”

“When we’re talking about making industry-wide change, organizations like AICP are crucial,” Mason-Elliott said, “because our members work across the full gamut of agencies, networks and brands. Setting these kinds of guidelines is as important to AICP as the development of the Bid Form was. This is what we do – we establish standards for widespread adoption, to move the industry forward in an efficient manner and, in this case, make changes that also shift the culture.

“When you read an AICP document like the Best Practices for Engagement, what you’re seeing is a reflection of our collective experience,” Mason-Elliott continued. “That’s why this document is so important; it stresses to agencies and brands that there’s a new way of working together around issues that need to be addressed.”

The Best Practices for Engagement is the latest initiative to come from AICP’s E&I Committee. Most recently, the committee unveiled plans for the AICP Mentoring Program, which pairs mentees across production and post roles with working professionals from the ranks of AICP member companies. The committee has also launched such programs as Double the Line, which seeks increase minority employment on production and post projects, and created a Talent Resources list for those looking to source diverse talent. The association’s full range of Equity & Inclusion programs, including its series of webinars, can be found at https://www.aicp.com/initiatives/equity-and-inclusion/.