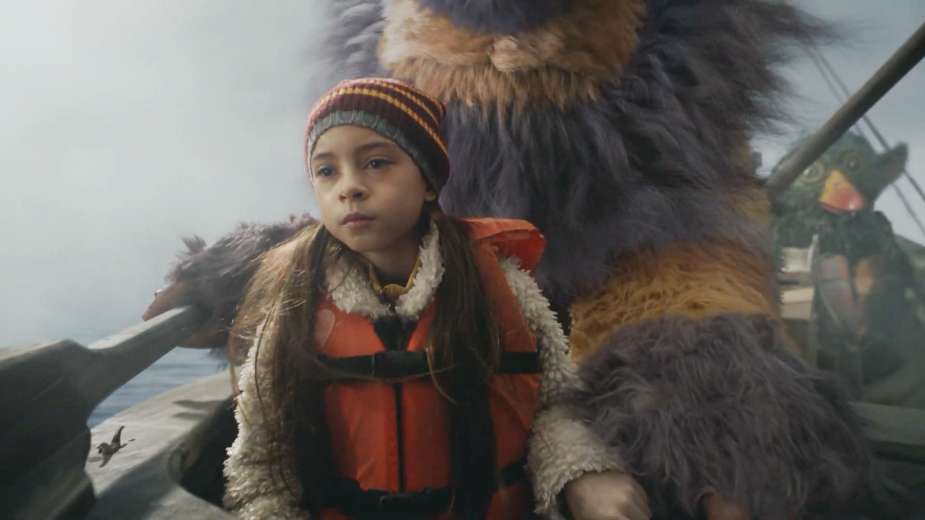 Ben Kwok, visual effects supervisor at Blacksmith, won the Best in Show at the AICP Post Awards premiere, held virtually this evening. Kwok won for his masterful compositing and Flame work on ‘The Journey’ for Zillow, in which a young girl is accompanied on frightening and fanciful travels to her new home by a pair of reassuring furry characters, who help smooth the way. Created by the New York office of FIG, the piece also won for Compositing & Visual Effects.

The AICP Post Awards honour excellence in a range of post production crafts, including editing, colour grading, audio mixing, sound design, visual effects, CGI, animation and design. They’re part of the AICP’s suite of juried competitions, which also includes the AICP Next Awards and the AICP Show. To view all the winners of the 2021 Post Awards, visit here.

Kwok was one of a group of artists who scored two AICP Post Awards each. Also honoured twice were editors Jessica Baclesse and Peter Wiedensmith of Joint Editorial, who won in the categories of Editorial: Existing Footage (added this year to honour work created under pandemic circumstances) and Editorial: Montage for Nike’s ‘You Can’t Stop Us.’ Spencer Susser of Blue-Tongue Films, the Editor/Director behind the Humane Society International’s ‘Save Ralph,’ was singled out for Editorial: Cause Marketing/PSA and Best of West. And Editor Will Town of Modern Post won in the categories of Editorial: Dialogue/Monologue/Spoken Word and Editorial: Fashion/Beauty for Vogue’s ‘I Love New York.’

A number of companies were represented with multiple awards presented to their artists. Company 3 led this list, with its artists taking home four AICP Post Awards: colourist Sean Coleman won Colour Grading: Under :60 for Turbo Tax’s ‘Auctioneer’; colourist Dave Hussey won Colour Grading: :60 to :90 for Diet Coke’s “Drink What Ya Mama Gave Ya”; and colourist Tim Masick won Colour Grading: Over 90 for Zara’s ‘Women/Spring Summer Campaign.’ In addition, colourist Billy Gabor was singled out for Best of Southeast for Lenovo’s ‘Liftoff.’

Both Blacksmith and Modern Post were represented at the show with three awards presented to its artists. For Blacksmith, in addition to the two wins for Ben Kwok, CGI Leads Tuna Unalan and Olivier Varteressian were also honoured in the CGI category for Zillow’s ‘The Journey.’ At Modern Post, in addition to the two wins for Will Town, Editor Graham Patterson won in the Editorial: Music Video category for Sufjan Steven’s ‘Sugar.’

In addition, AMV BBDO and Vogue each worked on projects that won two Post Awards; the former for Libresse/Bodyform #wombstories in Audio Mix (Sam Ashwell and Jake Ashwell of 750MPH) and Graphic Design & Animation (Sharon Lock of Framestore), the latter for its ‘I Love New York’ project in Editorial: Fashion/Beauty and Editorial: Dialogue/Monologue/Spoken Word (Will Town, Modern Post).

The 2021 AICP Post Awards also saluted the top winners of the 2019 Camp Kuleshov competition. (Camp Kuleshov was not held in 2020.) Top winners from across the participating AICP chapters who won in the categories of Editorial, Graphics and Sound Design went up against each other for the coveted ‘Lev Award,’ named for the Russian film theorist Lev Kuleshov. The ‘Lev’ winners each presented a 15-second acceptance speech during the show. They included Evan Goodell of Hero Post in Atlanta, who won in the Editorial category; Katie Schade of Optimus in Chicago, who won in the Graphics category; and Logan Vines of Another Country, also in Chicago, who won in the Sound Design category.

The Post Awards featured graphics and titles created by Ingenuity and Cosmo Street, with a score by Robert Miller of RNDM ORDR. The Colonie created the sponsor tribute, which featured music by Noisefloor.

Sponsors help make all of the AICP awards competitions and events possible. AICP Partners and Supporting Partners, who support all AICP events throughout the year, are: CAPS – A Cast & Crew Entertainment Company, Universal Studios and Wrapbook (Partners); and Film Offices of The Hawaiian Islands; Musicbed + Filmsupply; Sony Pictures Studios; and The TEAM Companies (Supporting Partners).

“Drink What Ya Mama Gave Ya”

“The Sound of Healing”

Best of Midwest:  Cause Marketing/PSA

Best of Southeast:  Colour Grading: Over :90

Best of West:  Cause Marketing/PSA

“Welcome to the World, Baby”

The 2021 AICP Next Awards Winners Announced
View all News