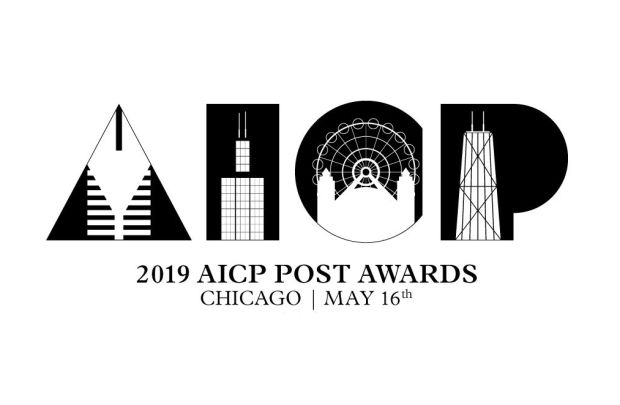 AICP has released the Shortlist for the 2019 AICP Post Awards, which will be presented on May 16 at Navy Pier in Chicago – tickets are now available. The competition, formerly the AICE Awards, honors excellence in a range of post production crafts including editing, color grading, audio mixing, sound design, visual effects, CGI, animation and design. New this year to the competition is a category honoring achievement in the post production of Vertical Video.

Leading the list of artists with the most items on the shortlist is editor William Town of Modern Post, with five total entries. This included work in the categories of Editorial: Fashion/Beauty (for Tiffany & Co.), Editorial: Monologue/Spoken Word (for G-Star) and Editorial: Music Video (for A$AP Rocky). In addition, Town and Modern Post editor Graham Patterson were co-nominated twice for their work in the Editorial: National Campaign category (for Levi’s and Maison Margiela).

On a company level, Company 3 dominated the list, with its artists racking up a total of 15 items on the shortlist, at times being nominated more than once within the same category. In the category of Color Grading: Music Video, for example, four of the category’s shortlist nominations are from Company 3, with work from colorists Tom Poole, Kath Raisch, Stefan Sonnenfeld and Bryan Smaller. Company 3 also has shortlist entries in the Color Grading categories of Lengths :30 to :60, Lengths :60 to :90 and Lengths :90 & Above, as well as Best of East and Best of Southeast.

Cut+Run’s editors scored a total of 11 Shortlist entries in 9 categories, including the Editorial categories for Automotive, Cause Marketing, Comedy, Docu-Style, Fashion / Beauty, Montage and Storytelling; in New Media: Vertical; and in Best of East. Arcade Edit’s editors placed a total of nine shortlist entries in seven categories, including the Editorial categories for Comedy, Dialogue, Docu-Style, Montage and Music Video, as well as in Best of West.

Artists at the visual effects studio MPC were represented with eight items on the shortlist, being nominated in all four Color Grading categories as well as CGI and Compositing & Visual Effects, while Rock Paper Scissors’ editors earned six Shortlist nominations in the Editorial categories for Automotive, Montage, Music Video, Storytelling and Monologue / Spoken Word (the latter shared with Joint Editorial).

On the advertising agency front, Wieden+Kennedy had 17 mentions on the Shortlist; Droga5 had nine mentions, while adam&eveDDB and BBDO each had six

To view all the shortlist entries, go to the AICP Post Awards Shortlist page here.