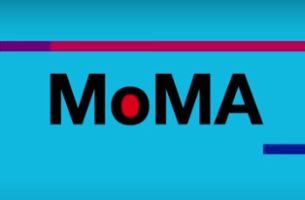 The film showcases the history of art – including fine artists and their artwork, as well as advertising luminaries and examples from the AICP Show and AICP Next Awards Archive from 1992 to the present – to illustrate how entering the AICP Awards elevates the craft of advertising to inclusion in the institution that houses Van Gogh, Warhol, Koons and many others. The film is set to a hypnotic chant urging people to enter the Awards and “Get Into the MoMA” in order to see your work archived in one of the most prominent museums in the world alongside artists as diverse as Andy Warhol and Dan Wieden.

“Once again, we have called on the best of the best to help us articulate the soul of the AICP Awards – that each year’s winners become a part of the MoMA archives. That is what differentiates our ongoing archival project from the rest of the Awards pack” said Matt Miller, President and CEO of AICP. “This piece embodies our celebration of the collaborative craft of marketing communications.”

Jeff Kling, Chief Creative Officer of Fallon Worldwide, and 2016 AICP Next Awards Judging Chair conceived the idea for the film. Tonefarmer, under the aegis of founder/composer Ray Loewy, created the very memorable track. Jason Cook of Flavor and Barnett Kiel of Cutters, along with their respective teams, brought to life the vision of art through time, and how artistic greats and advertising meet at MoMA – something that can only happen if you enter the AICP Awards.

The deadline to enter the AICP Awards is March 4th, 2016. The AICP Show and AICP Next Awards both premiere during AICP Week, which takes place June 7th-9th.