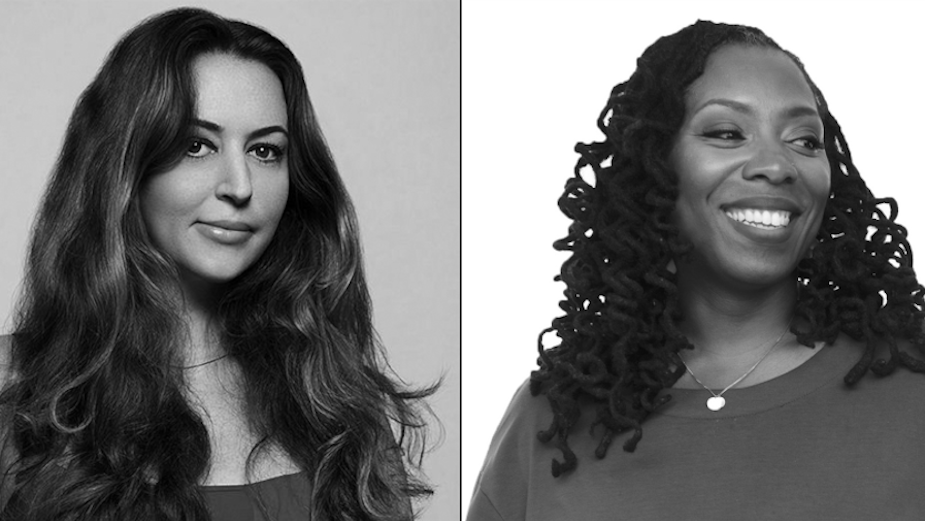 Through its Equity and Inclusion Committee, AICP is launching the Double The Line (DTL) initiative, which gives production and post production companies, agencies, and clients the ability to create opportunities for people of colour in the advertising industry.

DTL is the brainchild of Ali Brown of PRETTYBIRD (above left), who’s a member of the E&I Committee, which is chaired by Tabitha Mason-Elliott of Bark Bark. After Ali shared the idea with the committee, she and Tabitha got right to work on implementation and building industry support.

For BIPOC crew members coming from outside the commercial space - from film or television production, for example, or music videos - 'Double The Line' represents an opportunity for them to learn the nuances of advertising production and post alongside an experienced crew or team member, while doing so in a paid capacity.

Ali noted: “What’s great about 'Double The Line' is that it uses the system of apprenticeship that is already intrinsic to our business. Our industry is built on this practice of everyone rising together through knowledge that is shared – it’s just about making sure the access to that system is there.”

'Double The Line' allows for immediate action to increase access. “After George Floyd's murder and the growing awareness of Black Lives Matter, there was a genuine desire to address the lack of diversity in our advertising community,” said Ali. “Many clients and agency friends reached out to ask about adding more mandates to the bid specs, but I felt that wouldn't make the sort of change that was needed fast enough. Finding a way to have a real investment in talent that extended across the call sheet would not only increase access and opportunity, but would tie in well to other initiatives AICP has taken on that were focused on entry level positions and directors. Double the Line seemed like a simple philosophy that could be adopted widely, or on a per job basis.”

Both Ali and Tabitha believe DTL presents a practical approach for agencies and clients to follow through with their varying diversity initiatives and goals. The way it works is production and post production companies collaborate with the agency and/or client to identify which role or roles they suggest be doubled (the line producer or post producer, for example), based on potential candidates they know, the nature of the job or a predetermined financial commitment. In doing so, they agree to cover the costs to hire a BIPOC candidate who may lack experience and relationships in the commercials arena to work in partnership with the chosen role, which is labeled 'Double The Line' on the budget.

Tabitha enthused: “What I love about this idea is that it’s easy to implement, and there is buy-in from every part of the industry. Production and post companies have to invest time and effort to grow their network of freelancers, while brands and agencies have to invest money and initiative. We know that changing the demographics of our business is a multi-pronged approach, and we’re working on that, but this is a brilliant and quick way to get the ball rolling in the right direction.”

The focus on leadership positions within DTL is by design. Many very successful programs already exist to provide entry-level access to the industry, Tabitha noted, but DTL is aiming higher up the ladder: “As we get more diversity in senior roles in production and post, these people will in turn be able to create opportunities for those who are working their way up. And we find that when department heads are diverse, then departments are diverse. In this way, the impact of DTL should be that we won’t need it in five years.”

“This is a great example of how our industry can apply the same creativity and resourcefulness that we regularly employ on behalf of our clients to approaching difficult and challenging issues,” AICP CEO Matt Miller said of 'Double The Line'. “This initiative will open doors for many people who previously might not have had the opportunity to work in commercial production or post, and in turn we hope they’ll create even more relationships and downstream opportunity for other people of colour.”

DTL is an outgrowth of AICP’s 'Commitment to Change' effort, which features a monthly webinar series highlighting programs and movements that are working to increase access and employment across the industry. It is the second initiative launched by the committee, which plans to roll out additional DEI tools in early 2021.