Awards and Events 243 Add to collection 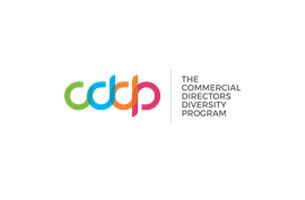 Matt Miller, President and CEO of the Association of Independent Producers (AICP) today announced the launch of the Commercial Directors Diversity Program (CDDP). The new initiative was created during contract talks between the AICP and the Directors Guild of America (DGA) and reflects both groups commitments to increase the number of minority and women directors in the commercial directing ranks – and the DGA membership.

CDDP will achieve its goals by presenting showcases of unsigned directors to the AICP membership with the goal of creating relationships which will lead to participants signing with a production company for representation. There will additionally be education and mentorship initiatives for those considering careers as commercial directors. The inaugural showcase will take place on January 11, 2017 at the DGA Theater in Los Angeles. Individuals looking for their work to be considered for the showcase can submit their work from November 1 – November 28, and can be made here.

“The AICP and the DGA are committed to promoting diversity,” noted Miller. “Looking to groups who have traditionally been underrepresented in the directorial ranks benefits all involved. This programme will assist the ever-important discovery of new diverse talent for production companies; fledgling directors will have the opportunity to explore a career path in advertising; and the industry will gain access to more talent that can provide a broader range of perspectives on storytelling and creativity. A true win-win-win.”

Showcase participants will be selected by a judging panel comprised of a blue-ribbon jury of advertising and creative professionals, including creative directors, agency producers, directors, and production company executives.