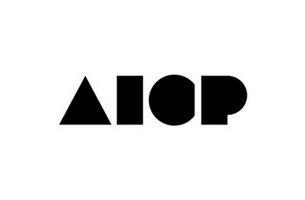 AICP has announced the composition of its 2018 National Board of Directors. Ralph Laucella of O Positive, East Region Director, was re-elected to a second term as Chairman of the Board. Other officers elected included Rich Carter of brother as Vice Chairman and Director at Large and Mark Androw, a past National Board Chairman, will once again serve as Treasurer; he is also the Midwest Region Director. Robert Fernandez of Moxie Pictures remains Immediate Past Chairman.

Newly elected Directors at Large include Lisa Mehling of Chelsea and David Thorne of Furlined. Frank Scherma of RadicalMedia and Danny Rosenbloom of Interstate were re-elected as Directors At Large, while Scott Taylor of Taylor & Taylor was re-elected to serve as Associate Director At Large.

In addition, AICP has announced the roster of its new Post Production Council. The entity was formed as part of the merger of AICE and AICP to advise the AICP National Board on matters and issues relevant to the post production industry.

The Post Production Council is chaired by Molly Baroco of Hero Post. Rounding out the Council are Dee Allen of The Mill, Ace Allgood of Channel Z Edit, LaRue Anderson of Apache, Mary Caddy of The Colonie, Mary Connolly of Cutters, Yvette Cobarrubias-Sears of Cosmo Street, Tom Duff of Optimus, Craig Duncan of Cutters, Chris Franklin of Big Sky, Bob George of Drive Thru, Chris Gipson of Republic Editorial, Craig Lewandowski of Utopic, Gloria Pitagorsky of Heard City, Kristin Redmond of Hudson Edit, Ron Rendon of Beast, and Dee Tagert of Sage Ideas. In her new role, Rachelle Madden, AICP’s Vice President, Post Production & Digital Production Affairs, has direct oversight of these issues and will manage the affairs of the Post Council.

“We’re delighted with the newly constituted AICP National Board, and welcome our new members as well as returning Directors,” noted Matt Miller, AICP President & CEO. This is a smart, informed and proactive group that will ensure AICP keeps moving forward.”