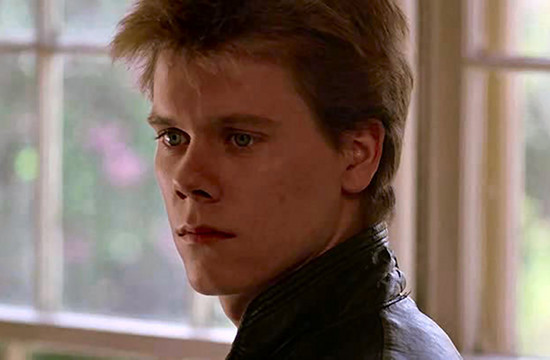 What could be more scary than a group of high school ghosts terrorizing a small town?  That’s the premise of “Screwloose,” the horror film re-imagined by Northern Lights Assistant Editor Jon Simpson that won First Prize at the 2013 AICE New York Camp Kuleshov trailer editing contest.  The winners were announced, and prizes awarded, at an event in New York last night.

In his entry, Simpson took the original “Footloose” story about a city kid who helps a bunch of teens in an uptight rural town find their dancing feet and turned it into a story of the tormented souls of doomed teens wrecking havoc.  The trailer features extensive use of quick-cut editing and a variety of visual effects designed to change the tone from upbeat to scary. To screen the winner, go to http://www.aicetoo.org/tp2007/qt-popup-50KRME89.html.

Horror seemed to rule among the Camp Kuleshov honorees this year, as the top three winning entries were in this genre.  (For a full rundown on the winners, visit the Camp Kuleshov web page at http://www.aice.org/?section=trailers/newyork_2013/.

Second place went to Assistant Editor Rebecca Cannon of Crew Cuts for “Romeo Vs Juliet,” her take on the 1996 version starring Leonardo DiCaprio and Clare Danes.  In her trailer, the star-crossed lovers end up in a royal battle soaked with blood and guts. To screen it, go to http://www.aicetoo.org/tp2007/qt-popup-708FJ0EA.html.

Third place went to Assistant Editor Theo Mercado of the Whitehouse for “The Maestro,” her horror genre take on the classic 1962 musical “The Music Man.” The trailer re-imagines Prof. Harold Hill as a devilish character who casts the residents of River City under his spell. Go to http://www.aicetoo.org/tp2007/qt-popup-10OM0GY4.html to screen it.

Earning Honorable Mention status was an entry from Assistant Editor Sarah Laties of Final Cut for her comic mumblecore version of Kurosawa’s “Seven Samurai,” neatly reworked into “Double Edge Sword.” The trailer, about talky young people and their struggles with art and relationships, comes complete with faux review nuggets from Indiewire and Lena Dunham. Click here to view it: http://www.aicetoo.org/tp2007/qt-popup-93N8R5BV.html.

This year for the first time, assistant audio engineers were invited to compete. Their challenge was to create a completely new sound design for the chariot race sequence from “Ben-Hur.”  The winner was Brady Hearn of SuperExploder, who re-scored the sequence as a Sci/Fi Thriller. See it at http://www.aicetoo.org/tp2007/qt-popup-EM2R96S5.html.

Camp Kuleshov organizer Chris Franklin, Owner and Editor at Big Sky Editorial, who also judged the show, noted that this new category attracted a surprising number of entries.  He promised the assistant audio engineers and sound designers at the event that next year they would “amp up the competition and give them more to work with,” adding that the response was “freaking awesome.”

Camp Kuleshov challenges assistants to create unique trailers for “original new films.” This year's New York competition asked entrants to choose from a list of films and create a cross-genre trailer; a trailer for a mash-up of two movies; or a reality show promo. The screening of all entries and the presentation of the winners took place last night at Bar M1-5 in New York.

Entries must be no longer than 90 seconds, must demonstrate a switch of genres from the source film or films and must be an advertisement which promotes and sells the “original new film.” For a full list of films that Camp Kuleshov New York entrants could choose from, as well as details on the rules, go to http://aicetoo.org/nyck2013/.

All Camp Kuleshov entries were judged this year by a panel of seasoned post production artists. In addition to Franklin, the jury included Tom Jucarone, Senior Engineer at Sound Lounge; and Reb Kessler, Editor at BlueRock.