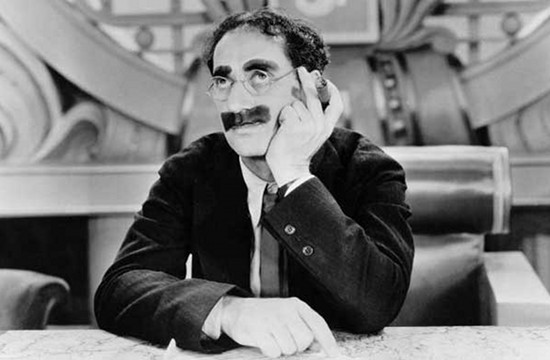 The New York chapter of AICE has announced the call for entries for its annual Camp Kuleshov trailer editing competition, open to assistants at AICE New York member companies. The deadline for entries is Friday, September 30, at 5:00PM EST.  The screening and awards presentation will be held on October 22 at Bar M1-5, 52 Walker Street in New York. Complete details and rules for entry are available at the Camp Kuleshov New York web page here.

In addition to the trailer editing competition, the 10th anniversary event provides the opportunity to honor past winners and to recognize the efforts of departing co-organizer Lin Polito, an editor at jumP New York.

Camp Kuleshov competitions, which are held by different AICE chapters each year, challenge assistants to create unique trailers for “original new films.” This year's New York competition asks entrants to choose from a list of films and create a cross-genre trailer; a trailer for a mash-up of two movies; or a reality show promo. The list of source material ranges from the Marx Brothers’ 1933 gem “Duck Soup” to Alfred Hitchcock’s “Vertigo,” Brian De Palma’s “Carrie” and Oliver Stone’s “Wall Street,” along with the first two seasons of A&E’s “Duck Dynasty,” among others.

Entries must be no longer than 90 seconds, must demonstrate a switch of genres from the source film or films and must be an advertisement which promotes and sells the “original new film.” As the rules say, “Simply telling a story is not sufficient.”

“Any editor remembers their tenure as an assistant vividly – those are scars you take with you,” says Chris Franklin, Editor and Owner of Big Sky Editorial and an organizer, along with Polito, of the AICE New York Camp Kuleshov contest since its inception. "Camp Kuleshov is a way to make sure the assistants know that their contributions and creativity are valued."

While the spotlight is on assistant editors, the competition has created opportunities for
assistants across disciplines to collaborate on the entries. “It's remarkable how this event has evolved and how the assistants come together to create these projects,” says Franklin.  “It's not just the editorial assistants, too. You'll have assistant colorists, audio assistants, assistant graphic artists, all coming together to make each of these pieces something really special.”

New this year is the opportunity for assistant audio engineers to compete. The challenge: create a completely new sound design for the chariot race sequence from the 1959 William Wyler classic “Ben-Hur.”  Franklin says the new category has already received an enthusiastic response and a large number of entries.

Every entry received is screened at the awards presentation and party, not just the winners.  This is in part due to a common philosophy held by Franklin and Polito.  “Lin shared my view that it's really important that assistants get more recognition than they do,” Franklin says, “and she's been a really special part of putting Camp Kuleshov together for these past years. I'm going to miss her involvement.”

Franklin adds that, as has been the practice with past Camp Kuleshov competitions, entrants can opt to receive individual feedback from the judges about their entries, so they can continue to refine their work.

Looking Back, Making an Impact

For many Camp Kuleshov winners, the competition has helped build their portfolios and launch their careers.  Robert Ryang, the 2005 winner for his re-imagining of Stanley Kubrick's “The Shining” as a heart-warming family comedy continues to include the piece on his reel (check it out here).  Now an editor, he says winning Camp Kuleshov “helped fast track my career and legitimized me as an editor overnight.

“When you’re making the transition from being an assistant, it’s a process of slowly building a reel over time,” Ryang continues.  “By having ‘Shining’ on my reel, along with all the attention it received, it became easier for me to get work as a fledgling editor.”

Ryang says he would encourage assistant to try their hand at Camp Kuleshov, as it’s an excellent testing ground for what they’ll encounter once they move up the ranks.  “The skills that you develop by re-purposing footage are pretty crucial for you as an editor,” he observes.  “Often as an editor you’ll be called on to create moments that were never actually shot, and the only way you can do that is to work with the footage you have on hand as you try and give a client what they want, or what solves their problem. So being resourceful and being able to re-think the footage tends to be what impresses clients the most. It’s the ability to show them something in a completely different context than what they were expecting.  And that’s what Camp Kuleshov makes you do.”

Winning Camp Kuleshov had some unexpected benefits as well, Ryang adds.  “The trailer went viral after it won, and I got lots of fan mail from some really illustrious people in film,” he says, along with a job offer or two. The most important note he got was an email from someone who simply wrote, “Thanks for your genius. I have not laughed so hard in a long time.”

The writer was none other than Water Murch, the Academy Award-winning editor and sound designer whose book, “In the Blink of an Eye,” is required reading for aspiring editors everywhere.

“To get fan mail from the father of modern editing has been the high point in my career,” Ryang says, “and it all came from my entry in Camp Kuleshov.”