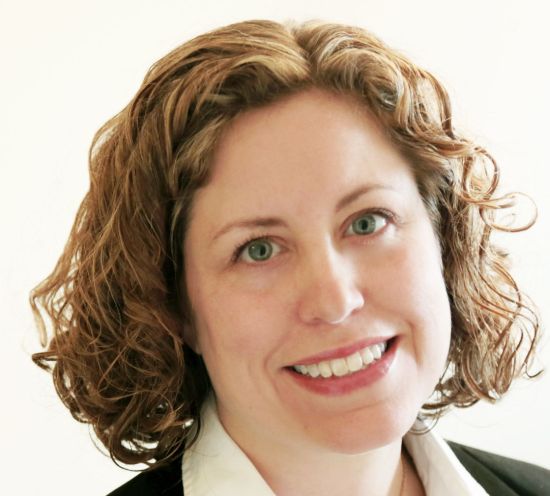 The International Board of Directors of the post production trade association AICE has named Rachelle Madden as its new Executive Director.  She will succeed Burke Moody, who has held the post since 2006.

Madden assumes the full-time position on June 1, and will simultaneously step down as Co-President of AICE’s International Board, a position she assumed with Craig Duncan of Cutters in Chicago on the first of this year. She will also be departing from her current position as Managing Director of Poetica, the visual effects and design arm of the New York and L.A.-based editorial house jumP.

When Moody hands off the baton to Madden it will mark the completion of his eighth year as Executive Director and his 17th as an active participant in leading the association, either on the chapter or administrative levels.  The timing of his departure will carry the association through its signature event, the annual AICE Awards, which will be held in New York on May 15, 2014.

Both Duncan, who’s Partner and Executive Producer at Cutters, and Madden report that the association’s International Board will address the issue of electing a new co-president to succeed Madden in the near future, once the transition from Moody to Madden is complete.

“Rachelle is a perfect choice to lead AICE going forward,” says Duncan, who’s worked closely with her on a number of AICE committees and initiatives before they were elected as the association’s first co-presidents.  “She understands our industry, is a vocal advocate for the issues that face our members and has a tremendous passion for every aspect of the business and its people.”

Madden says she’s excited about the opportunity to extend an AICE-focused dialogue with members and her counterparts across the industry spectrum.  “I know firsthand many of the challenges we face and how important a role AICE plays in helping effect positive change in how our industry does business,” she comments.  “Yet this is also a time of great opportunity for many of us, and I’m optimistic about the continued role our members will play in the advertising production and post marketplace of the future.”

Taking over the Executive Director post is the latest step in a long involvement Madden has had with AICE dating back to 2006, when she joined the New York chapter’s Board while working at Company X.  A year later she also joined its International Board, and was elected Treasurer, one of its four leadership positions, in 2010.

She brings a wealth of experience to her new post; prior to joining Poetica, Madden held Executive Producer or Producer positions at such companies as Trollback + Company and Endless Noise, in addition to spending over six years as EP of Company X.  A native of the Philadelphia suburbs, she initially worked on the production company side in Los Angeles for seven years before moving to New York in 2000 to join RhinoFX, later renamed Gravity.

Madden takes over as the public face of the association at a time of tremendous change and turmoil for all aspects of the advertising content production and post production industries.  A confluence of trends affecting media, technology, distribution, marketing, competition, budgets and creativity are all coming together in rapid and often overlapping fashion to radically alter the landscape for AICE member companies and their counterparts on the agency, advertiser and production company sides.

As part of her mission, Madden will spearhead the association’s efforts to represent the interests of its members in an ongoing exchange about how ad content is created, produced, finished and shared.  “We see this as an opportunity to adopt a more activist role in terms of stating our concerns on key issues facing us, our clients and everyone who’s impacted by the work our members do,” says Duncan.

Among the key issues AICE will be pursuing under Madden’s tenure as Executive Director are building industry relations with affiliated groups such as AICP, the ANA’s Production Management Committee, the 4As Broadcast Production Committee and various technical, craft and standards-setting groups such as NAB, SIGGRAPH, DGA, SMPTE and others.

Madden and the International Board will also move to educate the industry on the value of having a healthy independent post production industry, and will do so by outlining issues negatively impacting members’ profitability and their ability to meet client needs, such as preferred vendor lists, downward pressure on pricing, competition from in-house agency editorial facilities and the like. Many of these issues were detailed in AICE’s Policy Statement on Business Practices, which was released last fall.  (To download AICE’s Policy Statement, click here.)

“Burke has played an integral role in getting us as an association to where we are today, and he’s leaving us with an impressive foundation on which to build,” says Duncan.  “All of our member companies are grateful for his thoughtful, knowledgeable and passionate stewardship over the years.

During his tenure Moody oversaw a number of key AICE initiatives. Among the more notable was the expansion of membership to include audio, color grading, design and visual effects companies in addition to editorial shops. The organization’s outreach to other industry groups was similarly expanded, as well as its education programs and ongoing series of seminars, roundtables and meetings at all AICE chapters.

AICE also expanded and refined its annual AICE Awards competition during this time, and branded all of its trailer-editing competitions for assistant editors, designers and audio engineers across all chapters as Camp Kuleshov, a move which has greatly increased its visibility and exposure.

AICE and its member companies have faced a myriad number of key issues while Moody served as Executive Director, many of which fundamentally altered – and will continue to impact – how post houses work.  Among these were the transition to digital broadcasting and the adoption of high definition; the transition to all digital file-based production and post workflows; the growth of in-house editorial at ad agencies; the impact of the CALM Act on audio standards; and the introduction of the Ad-ID post production tracking and registration system.