Craig Duncan re-elected as president with Kristin Redman as Secretary 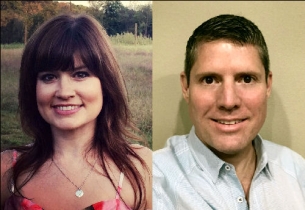 AICE will start the new year with a new slate of top officers of its International Board. Craig Duncan, Partner and Executive Producer of Cutters in Chicago, has been re-elected by AICE’s International Board to another two-year term as its President. Also re-elected was Kristin Redman, Executive Producer at Hudson Edit in Detroit, to another term as Secretary. Joining them are LaRue Anderson, Managing Director and Partner of Apache Digital in Los Angles, who was elected Vice President, and Ken Skaggs, President and Partner of 3008 in Dallas, who was elected Treasurer.

Together the four industry leaders comprise the Board’s Executive Committee and are deeply involved in all of the association’s ongoing initiatives in the areas of refining business practices and helping establish industry standards. AICE has advocated strongly over the past several years for fairness and transparency for independent post production companies across the advertising content creation process.

For a full list of current AICE International Board members, as well as Past Presidents, please click here.

Duncan notes that the new Executive Committee reflects the divergence of AICE’s members. “The fact that LaRue heads up a boutique studio that specializes in color grading is a testament to the emergence of so many creative disciplines that are now active in setting the course for AICE,” he says.

“Our leadership group also reflects the broad geographic range of our industry, with members from the West Coast and the Southwest represented,” Duncan adds. “They bring with them the unique perspectives and challenges of their markets, which is important for an international association such as ours. We’re deeply appreciative to have them accept these important volunteer posts.”

Anderson has held a top role in the AICE Los Angeles chapter for the past several years, where she’s Vice President of the Chapter board. As a co-founder of Apache Digital she believes in applying a new boutique approach to the field of color grading, providing a level of support to both local ad agencies in Southern California while also supporting L.A.’s growing creative and production community. Prior to launching Apache Digital in 2014 she was an Executive Producer at The Mill, working with two-time AICE Award winning colorist Adam Scott and the rest of the production and post team there. She came to The Mill after spending seven years working in a wide range of post production roles at companies like Arcade Edit, Radical Media and Outpost Digital.

Skaggs has been active in AICE since 2005, when he joined what was then the Dallas Chapter board (now the Texas Chapter), which he currently serves as President. A Texas native, he was initially in sales for a technology company that created specialized industrial products but was drawn to post production by a friend who was an editor. He launched his first post company, Frames Per Second, in Dallas in 1996. The company grew continually and in 2006 moved into its current space at 3008 Ross Ave. and rebranded itself as 3008.

“Coming from a very different industry, my exposure to the post production world has been largely limited to my own company and my own ideas of what it should be,” Skaggs says about his involvement with AICE. “Becoming a part of the association has given me interaction with companies that face the same day-to-day issues we do, and has helped build a sense of camaraderie with like-minded people. Becoming an officer of the International Board allows me to give back to the association that gives us all so much, and hopefully help contribute to its’ ongoing success.”